Why are you going?

“Where are you going next?” A common Q&A among jubilados isn’t it? Often followed by “What’s on your bucket list?”

A day after a friend (a younger jubilado) said he was done with travel and going green, I was lying on a yoga mat at Granville Island thinking about his decision when the topic of bucket lists, one we’ve been contemplating writing about for some time, resurfaced. The ah-ha moment was realizing “What’s on your bucket list?” might be the wrong question: it may be more important to ask “Why are you going?”

Do Magellan and I have a bucket list? Sort of. On my computer is a file called “Holidays” and in the garage are about fifty files on travel destinations.

For fun, I reframed the “Holidays” list around the question “Why are you going?”

Do you travel to celebrate special occasions with family and friends?

✓ Dawson City with Ruth Ann for our annual rendezvous

? A yoga holiday with Lynn
Probably news to her that it’s on the list, but maybe one day…

Do you travel to feel more alive?

“And if travel is like love, it is, in the end, mostly because it’s a heightened state of awareness, in which we are mindful, receptive, undimmed by familiarity and ready to be transformed. That is why the best trips, like the best love affairs, never really end.” Pico Iyer

Perhaps nothing makes us feel more alive than hiking holidays.

✓ Yosemite
“Yosemite Valley is under siege from tourists. Can it be saved?” reads a headline in the San Francisco Chronicle. In 2016, five million descended. Although we were unaware, the problems began long before Ansel Adams piqued our interest. By the 1980s the National Park Service considered banning private vehicles and floated the idea of a light-rail system. Maybe in autumn 2020 when the aspens whisper about releasing their pale yellow leaves to the wind, we will be among the 18,710 people per day that Yosemite is now limited to.

✓ Mt. Assiniboine
In 1982, we hiked up and camped for a night in the rain, vowing to return one day, stay in the lodge and day hike. Rollie and Noel were doing this in their 70s so why not us?

✓ The Dolomites
Ward suggested this a year ago when I stroked hiking in Switzerland off the list—it looks amazing.

✓ England
The Cotswolds or the Lake Country.

× The Chilkoot Trail
A friend who hiked this trail a dozen years ago says you can still see bedsprings left behind by Klondike Gold Rush stampeders—these days we want a bed at the end of the night and no longer have the desire to backpack fifty kilometres.)

× Machu Picchu
The government has doubled UNESCO’s recommended limit of daily visitors to almost 6,000 people and you are guided in groups on one of three defined routes. Not much latitude here…

Do you travel to see the beauty of the natural world?

The Japanese have a word for this, yūgen, which means the feeling you get when contemplating the mysterious and elusive beauty of the natural world.

✓ Waterton Wildflower Festival
A must with Karol as our guide before or during or after the festival.

✓ Scotland
With Clare studying in Edinburgh next year, this dream of mine to return may come true to experience “The loom of the wind on the headlands with its eternal whine.”

? Costa Rica
Because of its biodiversity (32 national parks!), Costa Rica has been on our holiday list for years. But the way we want to see it has changed. Instead of staying at resorts, we’d rather rent a vehicle like Rove-Inn with a rooftop tent—and that sort of travel has become a bit unsafe.

× Alaska
My sister Joan says their family holiday driving to Alaska betters most everything else they’ve done. When you get further down in this story, you’ll see what Magellan has come up with as an option—we’re going this June.

Do you travel to learn about different cultures?

“In order to feel that one’s life is flowing more slowly—and fully—one might seek out new situations over and over to have novel experiences that, because of their emotional value, are retained by memory over the long term. Greater variety makes a given period of life expand in retrospect. Life passes more slowly. If one challenges oneself consistently, it pays off, over the years, as the feeling of having lived fully—and, most importantly, of having lived for a long time.” Marc Wittmann

“The great paradox of tourism is that it brings us closer physically, but that doesn’t always encourage us to connect with others’ culture, identity, or political debates. At high season we criss-cross each other in our millions: but is that enough to understand each other better?” Joost de Vries

? Ireland again
Our list reads “further NW than we’ve been?” We love the country—the storytelling people, the music-makers, the melancholy of mists brightened by a hundred shades of emerald green. But we’ve seen most of the country…

× Prague
The Velvet Revolution triggered our interest. Now it’s the fifth most popular city in Europe for tourists cramming into its small Old Town (the UNESCO curse). Locals have taken to the streets to protest mass tourism. Our interest has gone…

Do you travel for the feeling of a place that you read about?

The raw and remote Patagonia that Bruce Chatwin wrote about

Do you travel to see more of your home province/state/country?

On Mowson Pond in the South Chilcotins of British Columbia

✓ Bella Coola
Because it’s bella and cool. (I may have to close my eyes for Rove-Inn’s descent into the town.)

? Hiking in the Purcells

Do you travel to be inspired by art?

“When we are inspired, rather like when we are in love, we can feel both unintelligible to ourselves and most truly ourselves.” Adam Phillips, British author and psychologist.

Japan’s entire Teshima Museum, designed by the architect Ryue Nishizawa, is devoted to the work of artist Rei Naito

✓ A month in New York
Not with the current exchange rate and not until we have accomplished the more challenging places on our list.

? A return to Marfa (Ditto re the exchange rate)

? Amsterdam
Since the 1980s we’ve wanted to see the art in its many great museums. We’re not alone. Last year 19 million tourists descended on this city of 850,000 inhabitants. They’ve had enough with mass tourism. The City has halted the building of new hotels and souvenir shops, capped the capacity of Schiphol Airport, cracked down on Airbnb and Booking.com and ruled that homeowners can sublet to such providers for no more than thirty days a year. A new cooperative called Fairbnb is launching in Amsterdam and four other European cities in June. Hosts are permitted to advertise only their own place to prevent the transformation of family homes into speculative assets that line the pockets of Airbnb execs in San Francisco. One-half of Fairbnb’s fifteen percent commission will be channelled into development projects chosen by the owners of the rental properties, travellers and the local community. Maybe the Van Gogh Museum will be in one of our blogs.

? A Biennale
Probably not the one in Venice. Thirty million visitors a year, many from multiple cruise ships weighing more than 96,000 tonnes ferrying the Grand Canal (recently banned, thankfully) to disembark passengers into the heart of the city of fifty-five thousand residents. “When does Venice close?” some ask, treating it like Disneyland.

Do you travel for the food and wine? 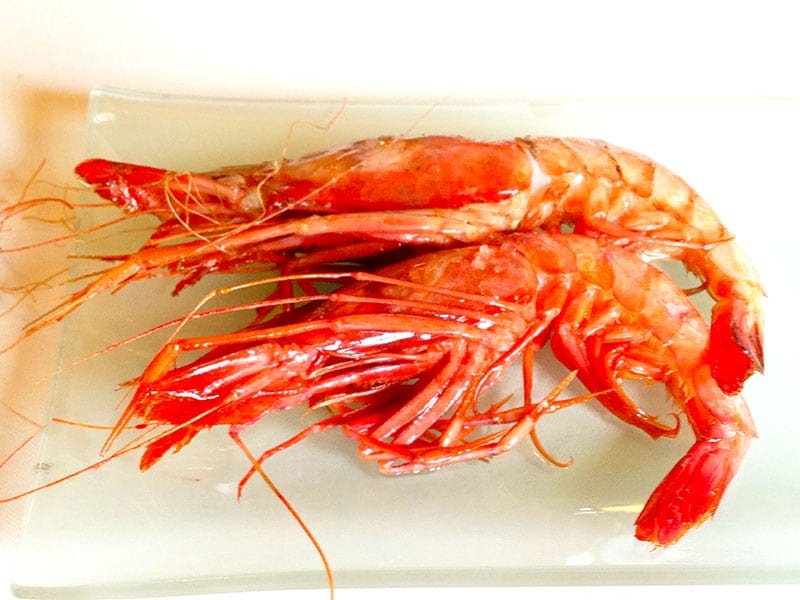 ✓ Oaxaca
In November to escape the rain and indulge in the warm comfort of tamales, moles, ceviches and mezcal. Right Jan?

? Austin
Articles on Austin’s barbecue and music scene started filling my travel folder when it had a population of half a million people. It’s double that now, but after hearing about the good time Teresa and Paul had there…

Do you travel to hear your favourite musicians?

Do you travel for sports?
? Telluride skiing
With a 30% premium to the US dollar added to a difficult destination to get to, Telluride is going downhill on our lost

? Fernie skiing
Given we only skied three times this year, this seems unlikely.

× Zermatt
The snow is too unreliable, it’s too expensive and we’ve left it too late.

Do you travel for the pleasure in planning, being there in the moment and remembering?

“That in this moment there is life and food
For future years.” Woodsworth

The Paro Tshechu held every March in Bhutan, a special Buddhist event

Do you travel on the recommendations of others?

✓ Tuktoyaktuk
Dipping our toes in the Arctic Ocean wasn’t something my feet yearned for but when Magellan proposed that he pick me up after holidaying with Ruth Ann in Dawson City and drive Rove-Inn over the newly opened gravel highway northward (and take the Alaskan Highway off our list), I started meal planning…

✓ Norway
This is a big “go-go” year for us: I turn 70 and it’s our 50th wedding anniversary. Norway wasn’t our list. We’ve always thought it beautiful but too expensive. Magellan’s wayfinding solved that—we’ll spend three weeks weathering the latitude, below and above latitude 65, in a sister motorhome to Kohanga, the one we rented in New Zealand. (To hang on the mirror of the motorhome, Magellan’s Christmas stocking included a troll, a famous symbol in this country for good luck.) We can freedom camp and easily fish for some of our dinners. It’s spectacular for northern lights. We didn’t know the country had so many hiking trails or “the most dramatically picturesque book town in the world.” And in September there’s a sculpture festival in the Loftoten and a street-art festival in Stavanger. “You’ve made the right choice,” says yoga-pal Kim. “My well-travelled friend says Norway is the most beautiful country in the world—and Canada is second.”

Now it’s your turn. Let us know where you’re going next. Why?

“Where am I going today
if I’m going anywhere at all
without my soul”  David Rivard from his poem “Less Than, More Than”

UPDATE, August 19, 2019: From “Morning Brew” today. “New Zealand approved a tax on most international tourists, Louvre employees staged a walkout in May to protest overcrowding, and Amsterdam is banning guided tours of its Red Light District starting January 1.”

UPDATE July 18, 2019: Fawcett, Max. “Overstaying Power.” The Walrus. July/August 2019: Mead, Rebecca. “Airbnb Moves In,” The New Yorker. April 29, 2019. Airbnb has more than six million current listings worldwide, exacerbating the severe lack of affordable housing major cites worldwide. Exploitation of the system by people and companies buying up properties just to rent them out is rampant. Santa Monica has imposed a US$500 day fine with the threat criminal prosecution for people not abiding by city laws for short-term rentals. (BTW, Airbnb has started a new division, Airbnb Luxe, for those who wish to part with a minimum of $1,000 a night for accommodation.)

Hardy, Paula. “Sinking City: How Venice is Managing Europe’s Worst Tourism Crisis.” The Guardian. April 30, 2019. An excellent article on mass tourism that confirms what Martin, a German we met in Patagonia predicted. “Europe will become a fairyland of castles for foreigners.” What to do? The mayor of Dubrovnik’s has capped the number of cruise ships, cut the proliferation of souvenir stalls and reduced restaurant seating in public places. An award has been inaugurated for the European Capital of Smart Tourism—it went to Helsinki.

UPDATE July 12, 2019:  You many enjoy Rediscovering Travel, a Guide for the Globally Curious, a book I just read in which Seth Kugel addresses some of the same maladies of modern travel addressed in this blog.

“I haven’t been everywhere, but it’s on my list.” Susan Sontag