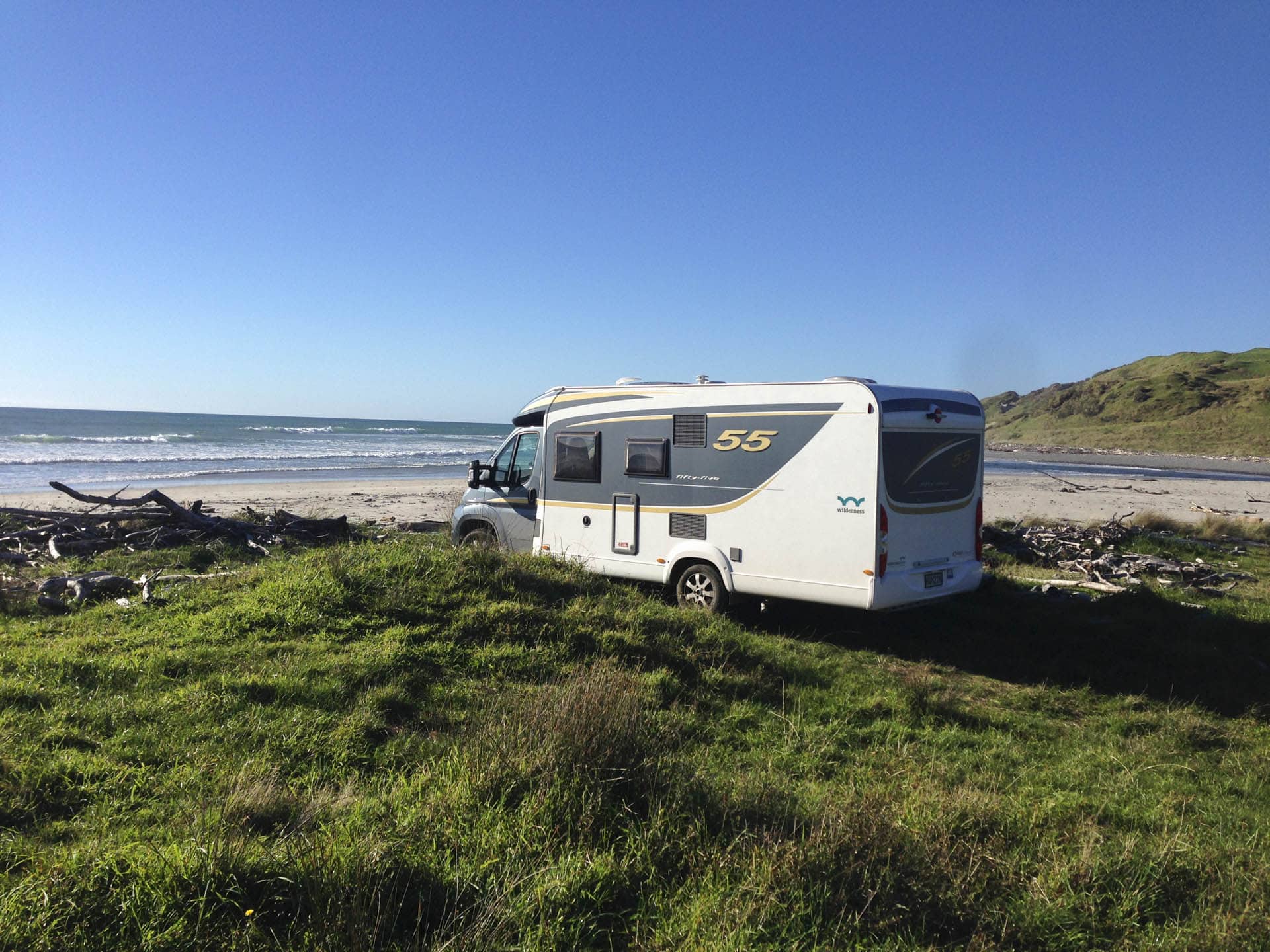 In his book NZ Frenzy, Scott Cook starts off his discussion of Paturau (Pah-too-rau) Beach with these words: “Oh my god, no way, oh wow, I’ll be damned.”

He says it took him seven summers of travelling to New Zealand’s South Island before he made it to Paturau. We’re almost as tardy—it’s taken us four years to showcase this “sweet as” beach, slang in New Zealand for “as good as it gets.”

Getting there in Kohanga, our rental motorhome, wasn’t easy. It’s a thirty-two kilometre drive down Whanganui Bay Dry Road, the “Dry” in the name gave us comfort on this gravel road.

Paturau Beach is on private property but freedom camping on the beach is allowed at the end of Richard’s Road. Thank you Government of New Zealand!

Although it was late in the season, almost the end of April, equivalent to October here, we shared Paturau Beach with a couple in another motorhome and two unoccupied tents. A young woman practiced her downward dog on the beach. An older woman decided “Me, too.” An older man went for a swim. Hey, that was Magellan. 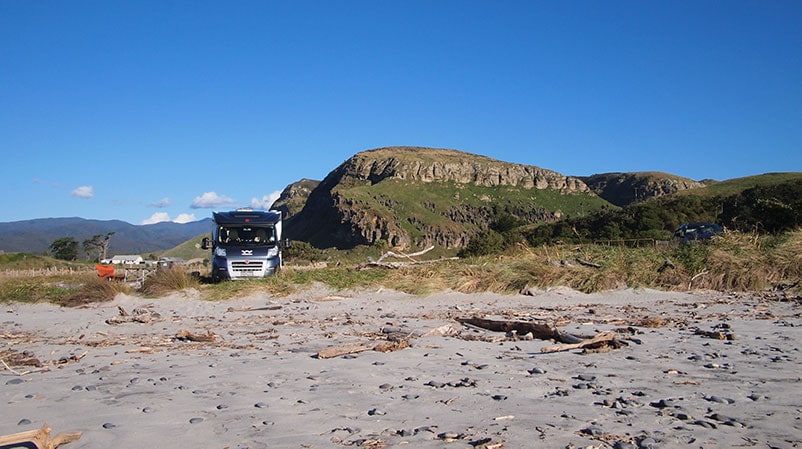 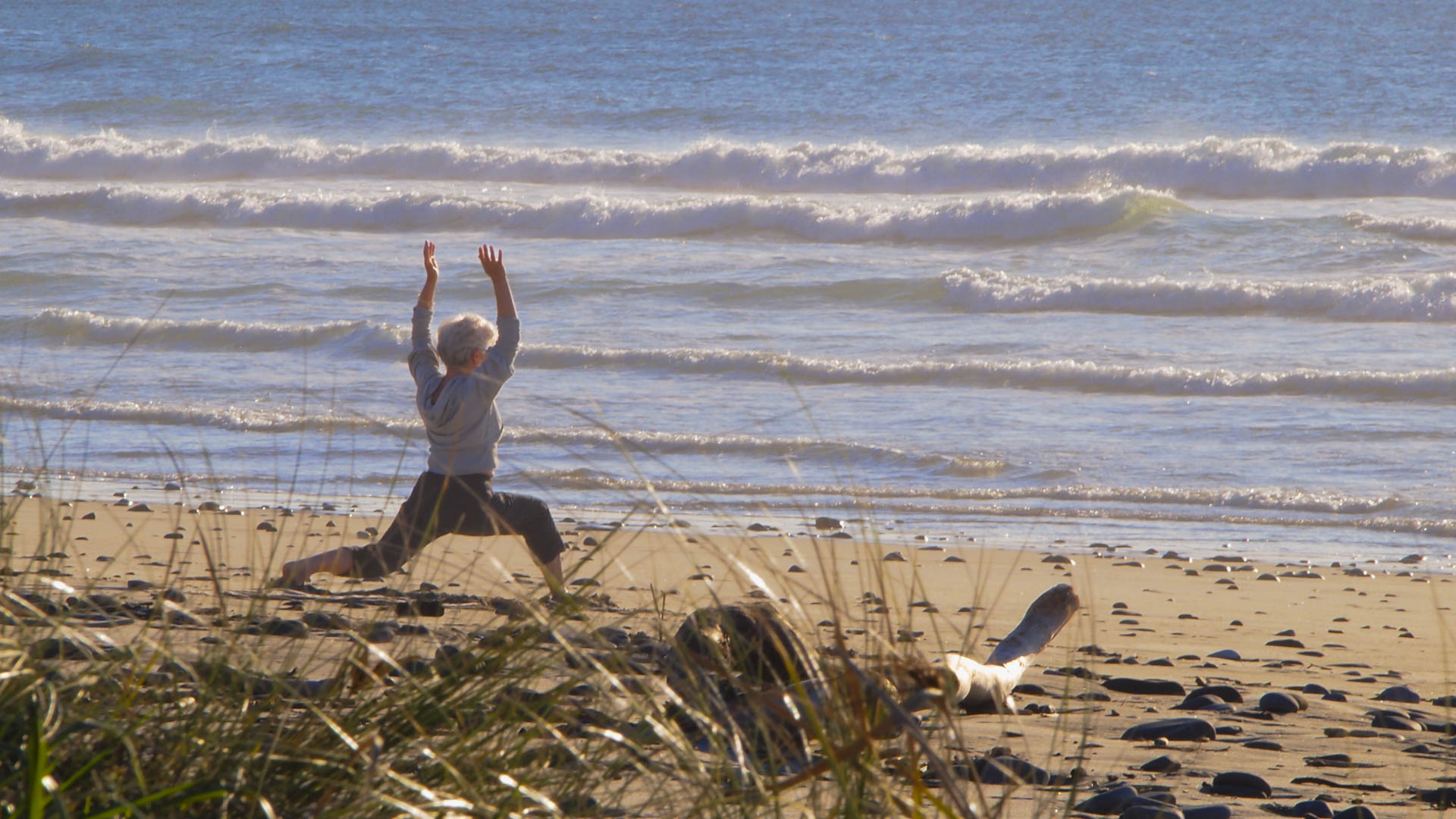 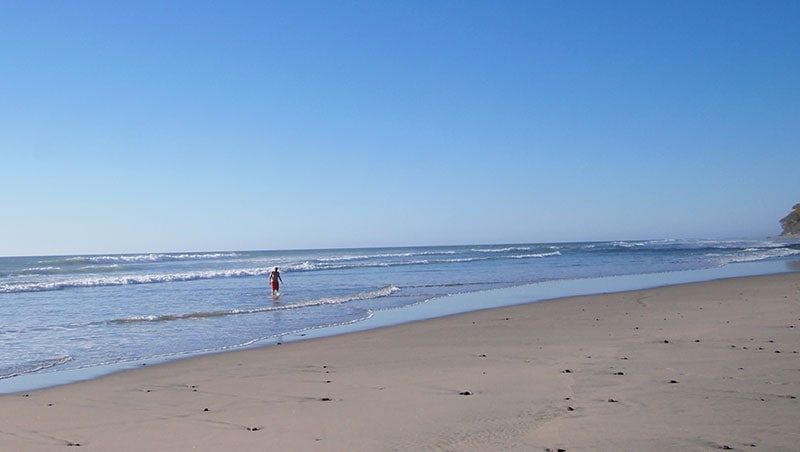 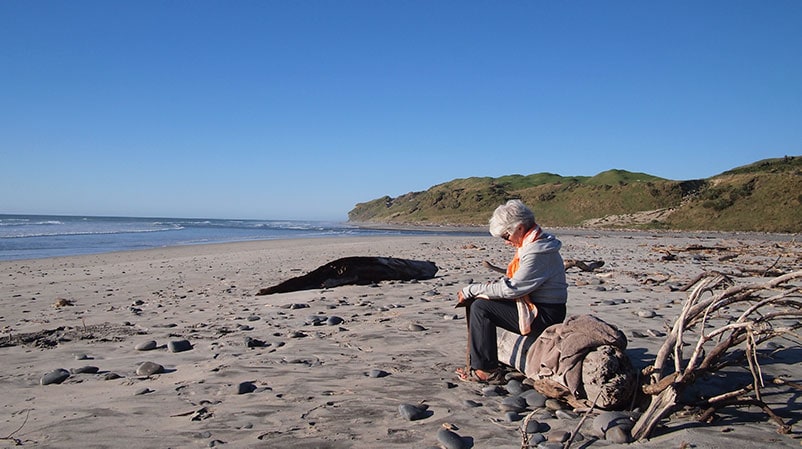 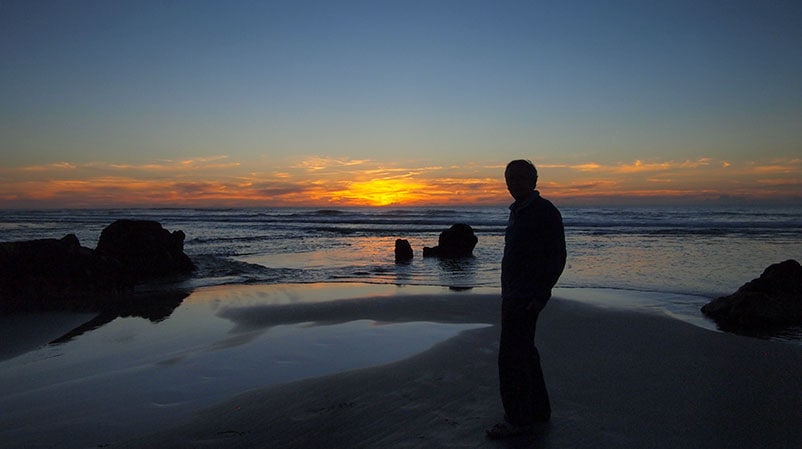 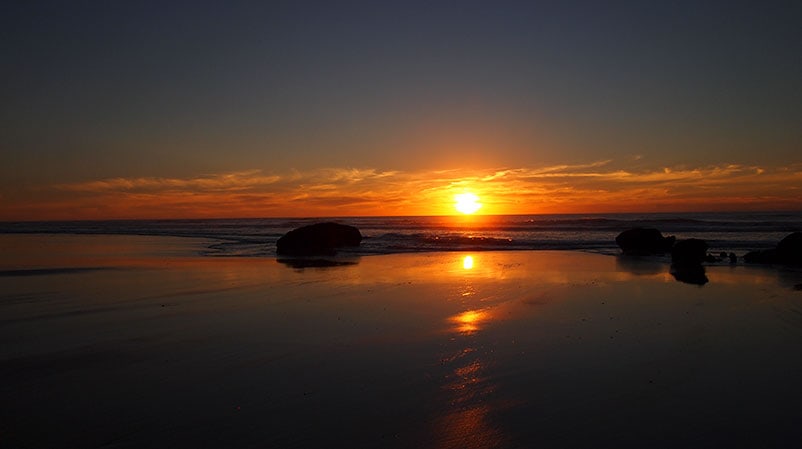 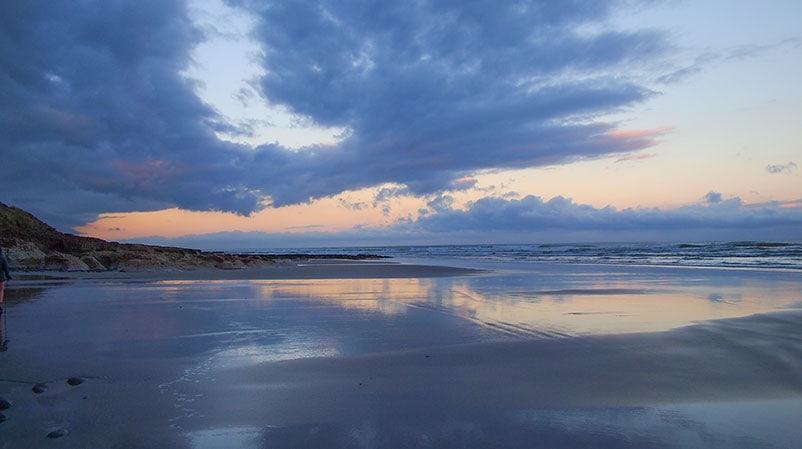 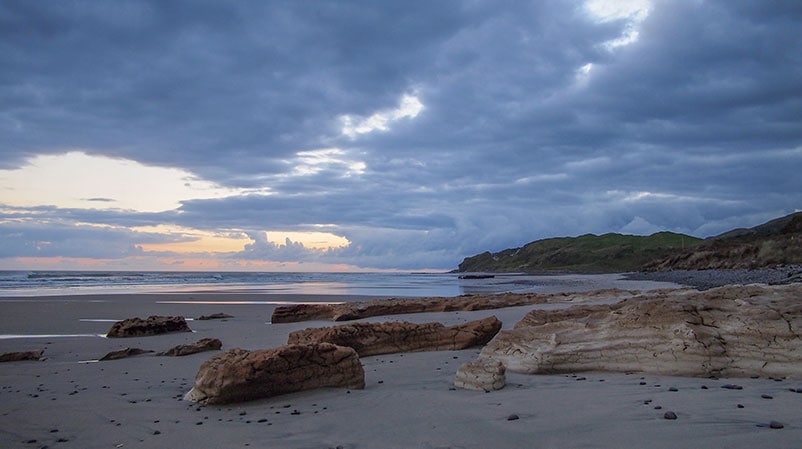 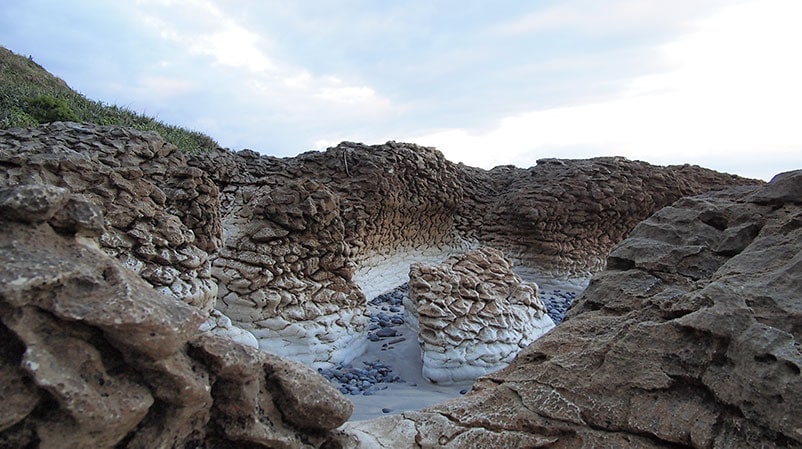 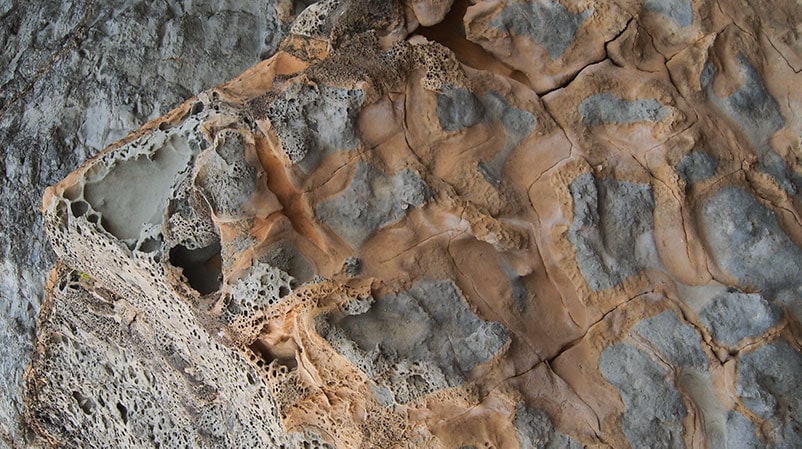 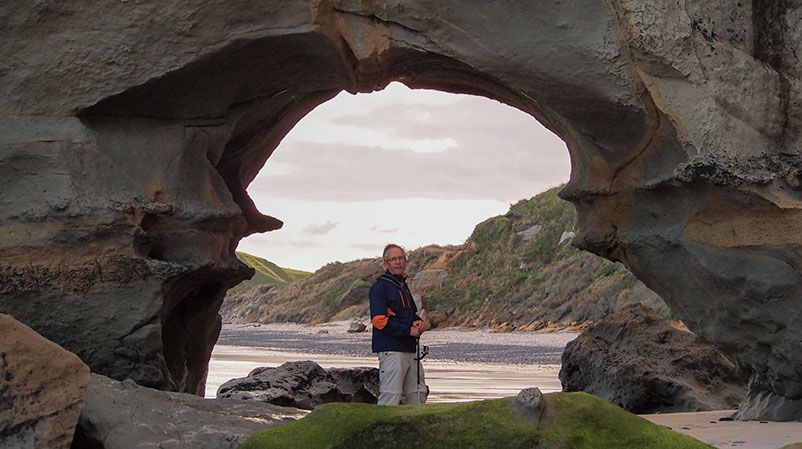 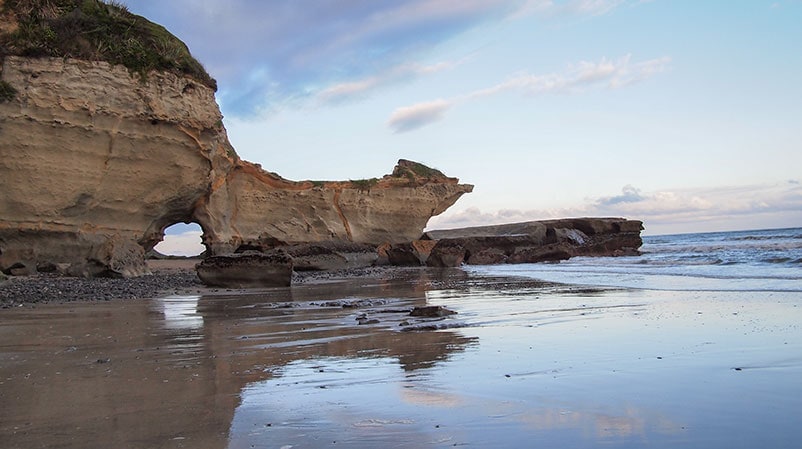 Sweet as, like this fragment from a poem by Dunstan Thompson.

Seascape with Edwardian Figures
At moments when the tide goes out,
The stones, still wet and ringing with
The drained-off retrogressive sea,
Lie fresh like fish on market stalls
And, speckled, shine. Some seem to float
In crevices where wavelets froth
Forgotten by the watery
Departure towards the moon.

“Most Improbable Village in Oman”

Cycling Through Life
Scroll to top