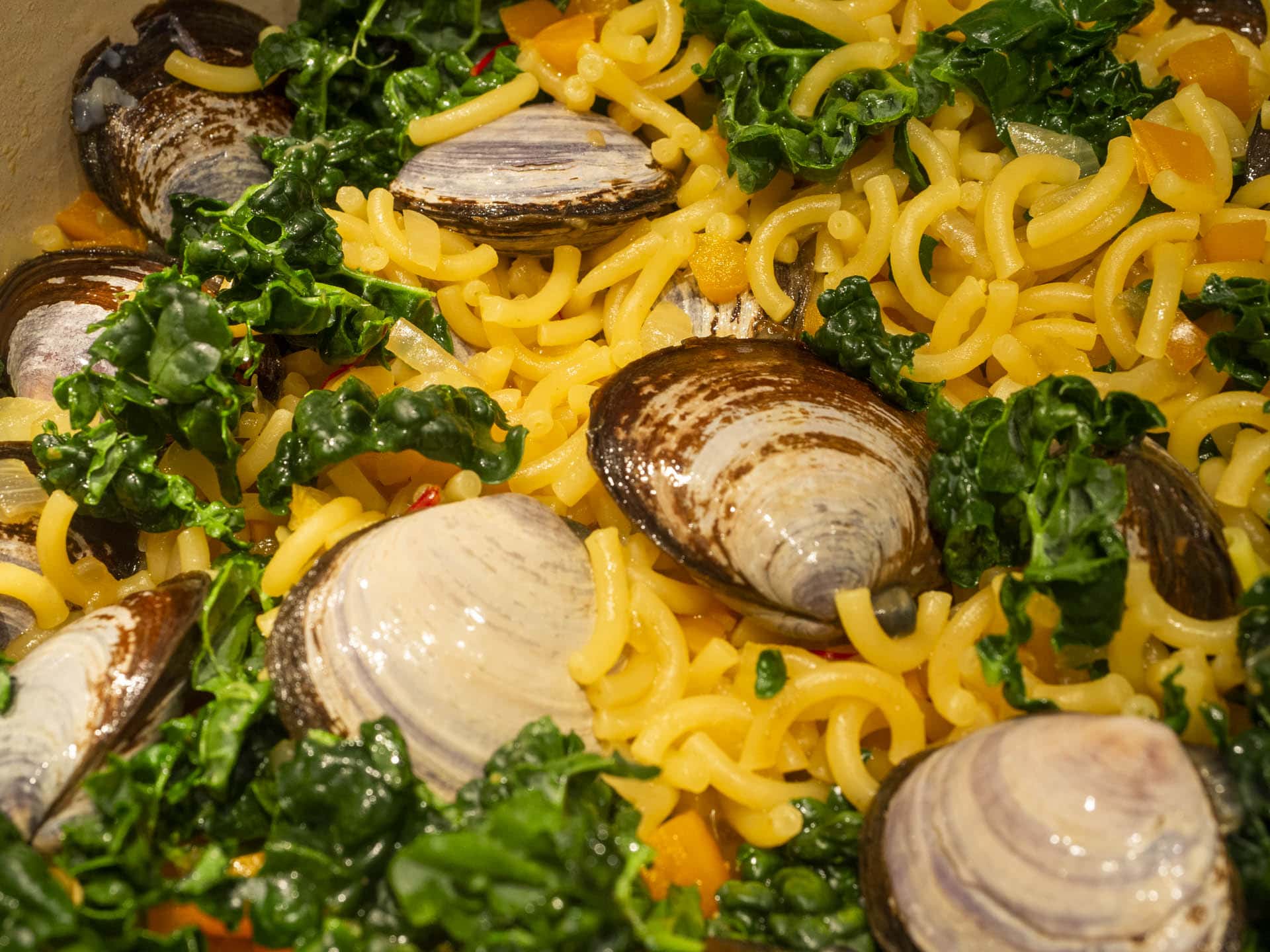 Are you a pasta fanatic or rice aficionado?

Either way, here’s a story for you from Valencia, Spain.

A young man named Gabrielo was working as a cook on a fishing boat in the Valencia region of Spain. The rice-loving captain of the boat especially loved Gabrielo’s Arròs a Banda, “rice separately.” A poor man’s paella, Arròs a Banda is just rice that’s been cooked in a broth made from leftover seafood the fishermen couldn’t sell in the market. The captain was gorging himself on Gabrielo’s Arròs a Banda, to the point that that the crew of sailors wasn’t getting its fair share. To try and make the dish less appealing to the captain, Gabrielo and his assistant Zábalo decided that instead of arròs they’d use fideuà, a pasta resembling macaroni but smaller and thinner. It worked. The captain didn’t like it as much, the crew got fed—and Gabrielo became famous. His new dish became so popular that it took on the pasta’s name, Fideuà. The last syllable in its pronunciation describes what you‘ll say when you taste it: fid-way-ah.

In the coastal area around Valencia, Fideuà is still made with seafood, usually monkfish, prawns, squid and mussels cooked in a large pan like what you’d use for paella. But the first time I encountered a recipe for Fideuà, a dozen years ago in Gourmet magazine, it was a distinctive Catalonian version with no seafood at all. 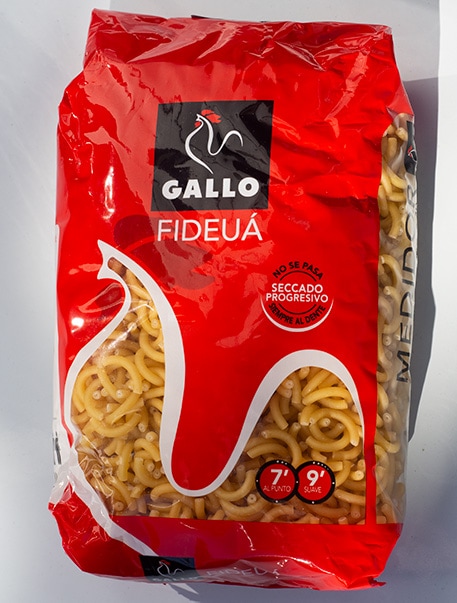 Many times at Casa Magellan and Spice, we’ve made the one-pot recipe from Gourmet, adapting it to our liking. You start by sautéing slices of garlic (six cloves!) until golden. Then you cook little chunks of chorizo, which add a robust flavour and colour to the onions. 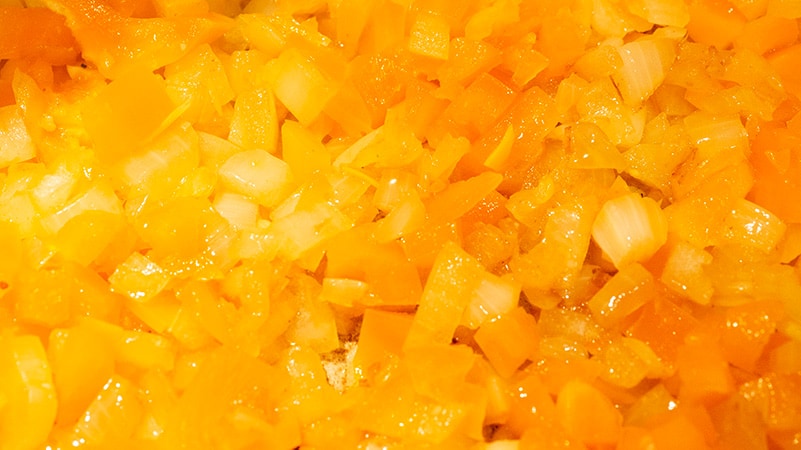 You then add the pasta along with a chicken broth spiced with saffron. After simmering that mixture, you add chickpeas (that ancient staple), parsley and crunchy almonds. (If you’re feeling flush, spring for Marcona almonds from Spain: they’re salted and lightly fried in olive oil.) 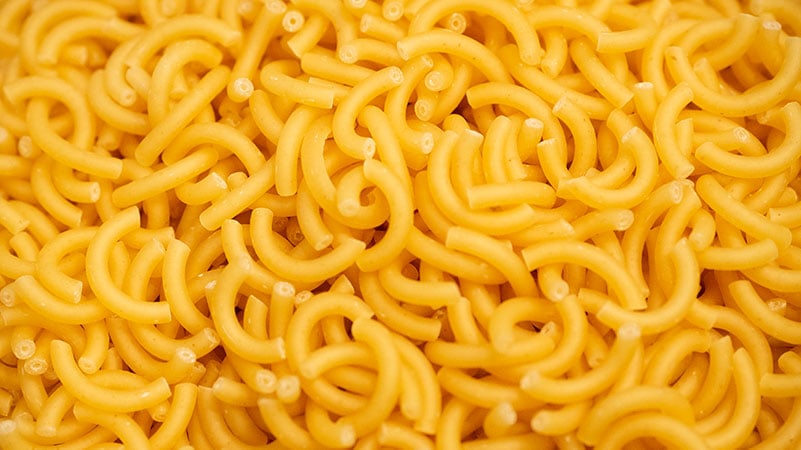 Besides Spain, the only place I’ve found fideuà is New York. However, as Gourmet suggests, you can substitute thin spaghetti broken into two-inch lengths.

We like Fideuà better with a little seafood—clams are our choice because they’re briny good, inexpensive and they add authenticity, texture and colour. But here again, if you’re landlocked in Saskatchewan or Wyoming, forego the clams, use canned ones or add some shrimp if you want to honour the recipe’s historic seafood base.

Like many older Spanish recipes, vegetables were absent in Gourmet’s version of Fideuà, unless you count garlic and onions, so we add a pepper (orange because it’s such a Spanish colour) and leafy green kale.

The complexity of flavours belies the simplicity of Fideuà, which is comforting on a Monday night yet impressive enough for a weekend dinner party.

Besides, Fideuà is less work and, in my humble opinion, packs the essence of Spain in a spoonful better than any arròs or paella. 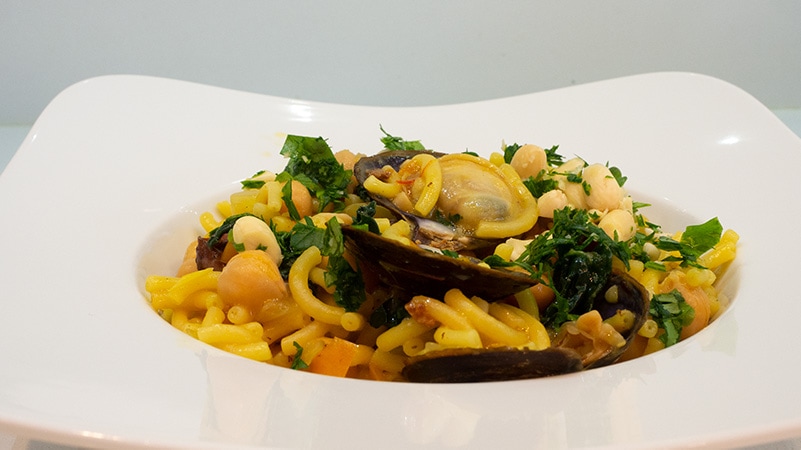 Save Print
Inspiration came from a recipe in Gourmet magazine in January 2007 and dishes we ate in the Catalonia, the culinary capital of Spain—although Fideuà originated in Valencia as a noodle version of paella. Fideuà is a Spanish pasta, a thinner, smaller version of macaroni—I loved it instantly. It's a truly Spanish pasta, hard to find here, but you can break up some spaghetti into small lengths instead. You can skip the clams if you wish—they weren't in Gourmet's recipe and the taste will be almost as good without them but I think they honour fideuà's history. Like many Spanish dishes, I felt the original recipe was light on veggies so have added an orange pepper and some kale. One spoonful and you'll be transported to Barcelona, without the crowds or the cost.
Author: Spice
Serves: 6
Ingredients
Instructions
3.5.3251
April 21, 2019/2 Comments/by Spice
https://latitude65.ca/wp-content/uploads/2019/03/P3125777.jpg 450 801 Spice /wp-content/uploads/2019/09/Lat65-1.svg Spice2019-04-21 05:51:562019-12-04 07:50:07Fideuà: Spain in a Bowl