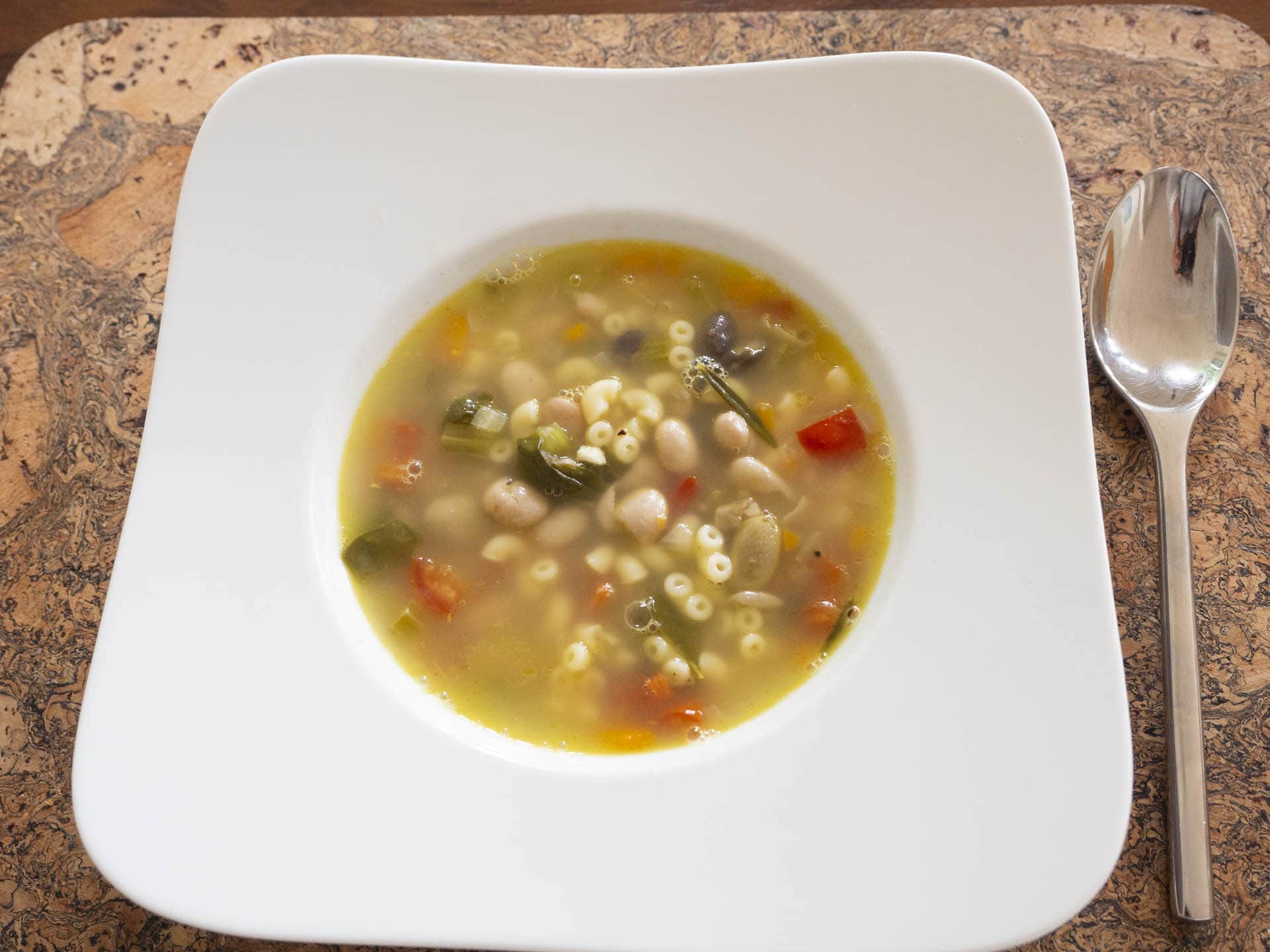 Every September since 1995, we’ve been making a shell bean soup recipe from a cookbook by Alice Waters. Today we’re travelling back in time to when I first made this autumn bowl of Italian earthiness—a soup so good it’s usurped the event of that fateful day.

I’d arrived home early when Magellan phoned around 5:30 with the news that he’d just been presented with a hostile takeover bid for the company he headed. “Bill (his colleague and friend) and I are going for a drink with some of the staff. We’ll be home later for dinner.” I remember the shock, telling him not to rush and that I was making a really good Italian soup.

When he and Bill arrived a few hours later, the soup was almost done.

“Taste it,” I said, giving them a spoon.

“This is so good I‘m opening a Barolo,” Magellan said, heading downstairs to the back of our makeshift wine cellar.

“And I’m going next door to invite Orval and Arlene over,” Bill chimed in. “They’ve got to taste this even if they’ve already had dinner.”

The five of us ate, and ate, and ate until the soup was all gone. Shell bean soup (and the company of good friends and another bottle of Barolo: did we drink a third one?) soothed the pain of Ranchmen’s demise.

The day before, I had made chicken stock and shelled the beans. (I didn’t say this was easy. Now I use Major’s Chicken Base and Magellan helps shell the beans.) Over the years, I’ve altered the recipe, adding more carrots, doubling the amount of celery and popping in an extra sprig of rosemary. Alice specifies a small shell-shaped pasta. The operative word here is small. Because the pasta swells in the soup, even regular-sized macaroni is a bit large.

I’d never heard of shell beans, also called barlotti beans or romano beans or cranberry beans, until I bought that Chez Panisse cookbook. In Calgary, I remember buying them at the Blackfoot Trail Farmers’ Market. Look for brightly coloured pods—a little dried-out looking is best as they’re much easier to shell. The beans are shiny and splotched with shades of deep pink but when cooked the colour fades to a creamy, earthy shade. An advantage of fresh shell beans is they don’t need pre-soaking. A sponge for flavours, they are happiest in the company of strong ingredients like garlic, onions, rosemary, sage, cured meats and robust cheese. 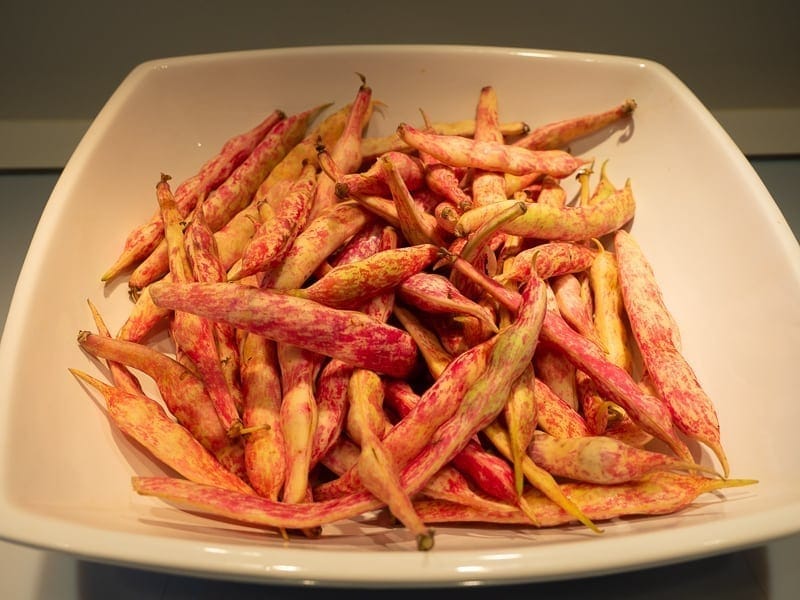 Cranberry Beans—best name for these beauties 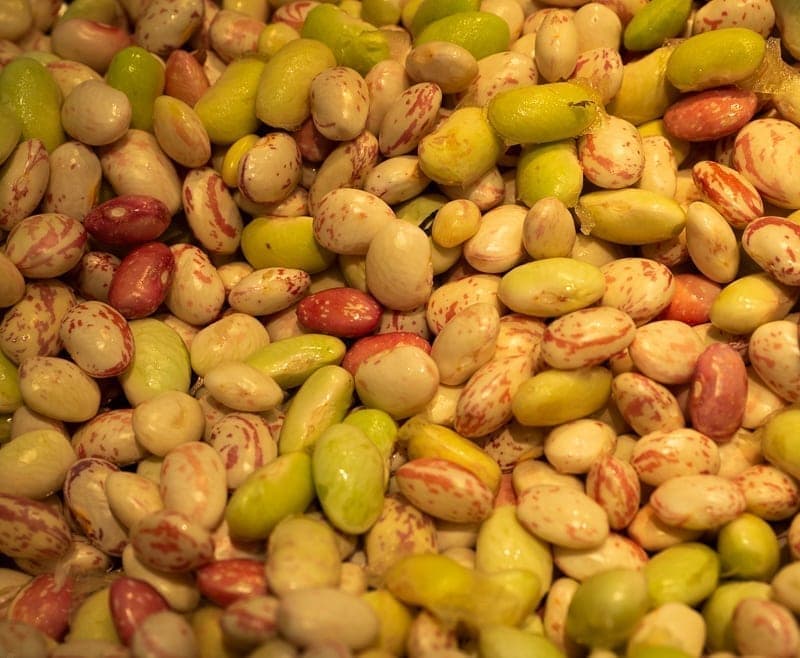 The ripest beans are white with cranberry markings 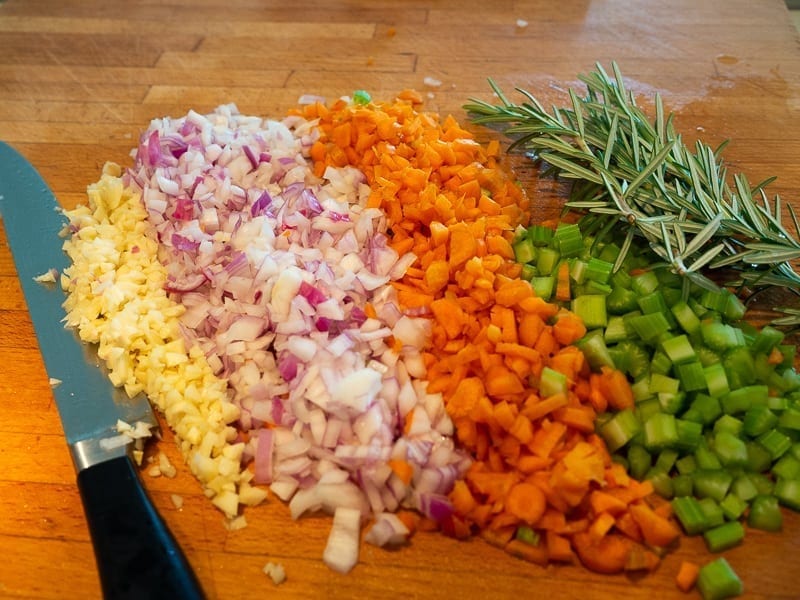 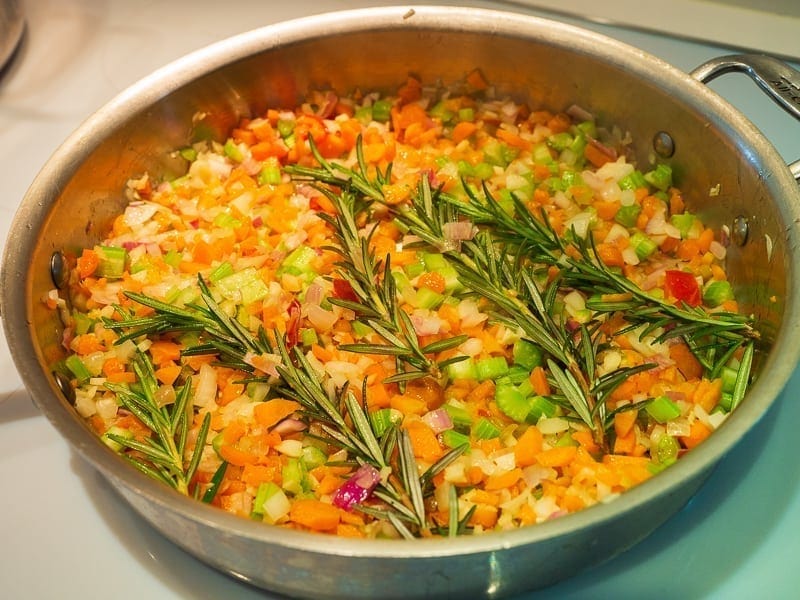 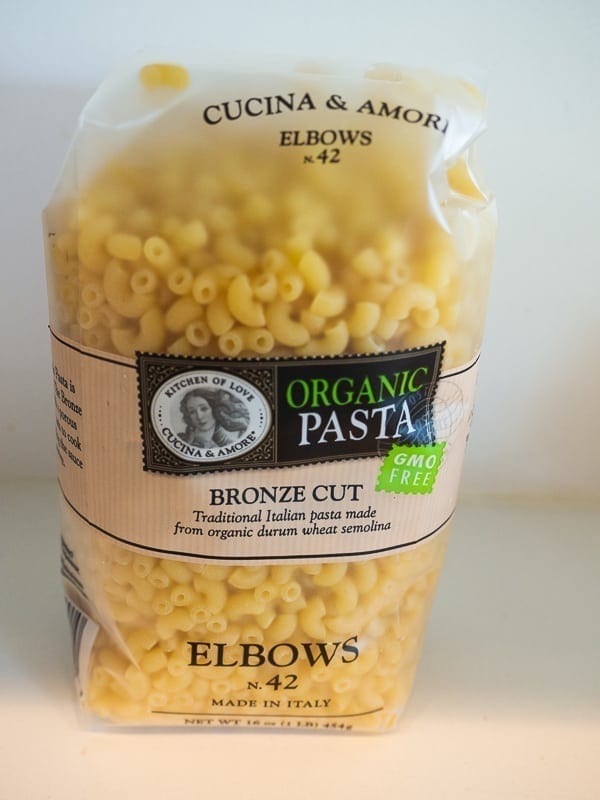 This size of pasta is perfect 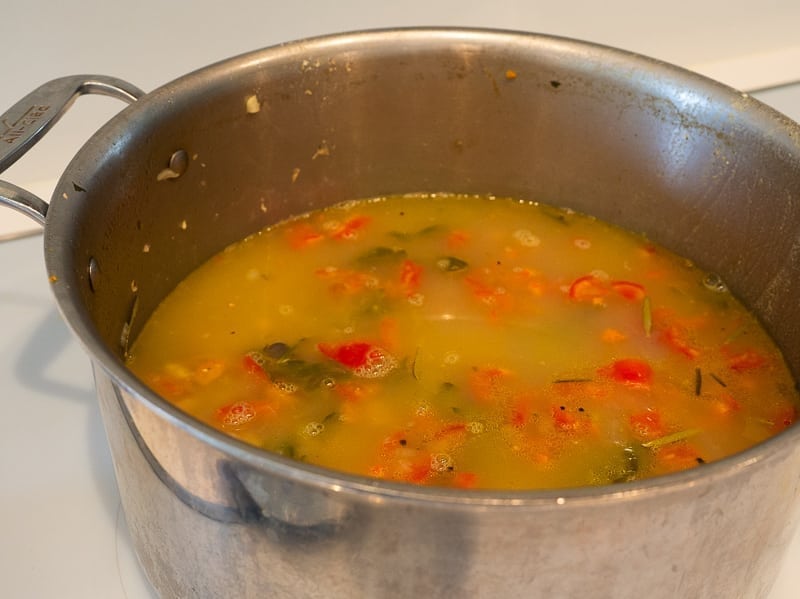 When all you’ve ever seen is green beans, yellow beans and occasionally purple ones, white beans dotted with splotches of cranberry were like orchids in a field of grasses, goldenrod and asters. I was smitten. A quarter of a century later, I still am.

How so? A new record may have been set this year—36 servings of this soup are wedged into our freezer. Too bad there’s no Barolo in our wine cellar…

Save Print
Prep time
45 mins
Cook time
90 mins
Total time
2 hours 15 mins
Adapted from a recipe by Alice Waters (she uses dried shell beans and fewer vegetables), this is our favourite soup recipe, as it has been for more than 20 years. Savoury, substantial and satisfying, it nourishes body and soul. The caveat is twofold: it takes time to prepare and finding fresh shell beans may not be easy in some locales. When the rains of November come early and last until March, it's a treat to thaw a frozen package of this soup, cut a chunk of crusty bread and spoon up a hearty lunch. P.S. If you're in a hurry, substitute canned cannellini beans and skip steps one and two.
Author: Spice
Serves: 8
Ingredients
Instructions
3.5.3251

Waters, Alice and Bertolli, Paul. Chez Panisse Cooking. New York: Random House, 1988. While not my favourite of the cookbooks Alice Waters has written, page 78, which features the recipe I’ve adapted and included above, has made it invaluable.

In Vancouver shell beans can be found at Trout Lake Farmers’ Market and the Kitsilano Farmers’ Market from these two vendors: Paul and Rebecca from Hannah Brook Farm and Donna and John at Glen Valley Artichoke Farms.

Ephemeral as Childhood: Street Art in Lisbon
Scroll to top