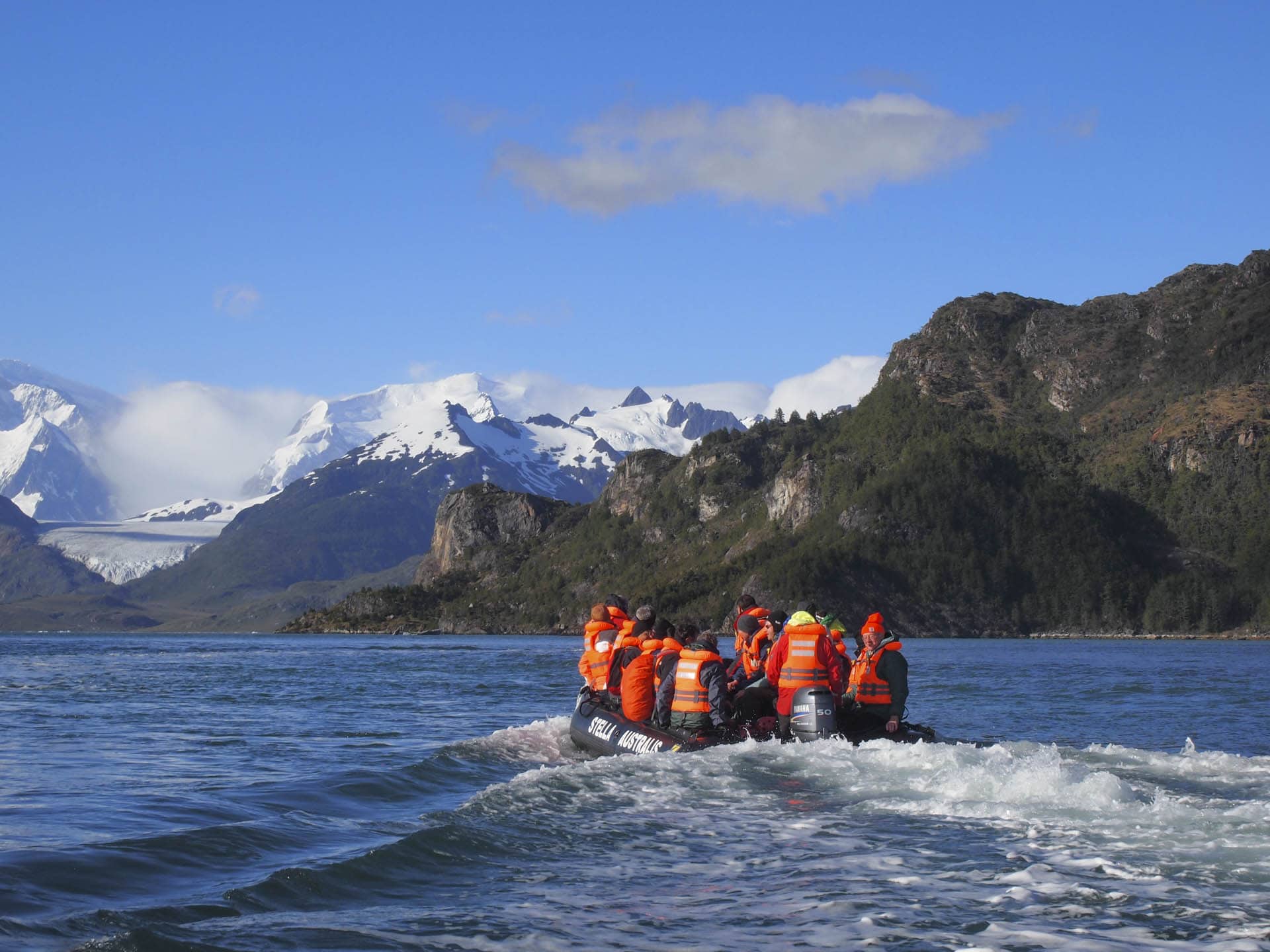 Invaders of the End of the World

“Have you been to Antarctica?” Sherri asked me at yoga while we were waiting for the class to begin.

I’ve always said we’d go to the Antarctic (or on any other cruise) when Magellan’s cane and my wheelchair were in danger of colliding. But, as Sherri said, you can’t wait until you’re old; you’ve got to be agile to get in and out of those zodiacs for the many land tours that small cruise ships offer.

We haven’t experienced the Antarctic. But we were close. Onboard the Expedition Cruise Stella Australis, our footsteps are on the world’s southernmost point, Cape Horn, between Antarctica and South America. We loved it, despite our youth.

Every day, into the zodiacs we climbed, dressed in a suit of armour against the elements, although the weather resembled Chinook season in Calgary. The zodiacs enabled us to land alongside spectacular glaciers, southern beech forests and historical settlements. And to float near adorable Magellan penguins, a colony of 10,000 of these little butlers, fifty cm in height and weighing only five kilos.

A few days after Sherri’s question, a headline in the National Post catapulted me back to the first day of our Patagonian cruise.

We’d taken a zodiac from Ainsworth Bay to the Marinelli Glacier area, where we split into small groups for a walking tour. Our guide Lorena pointed out Devil’s strawberries (good for constipation), Catelona (its bark prevents scurvy: did Darwin know this when he was here in 1839?) and Nothofagus Antarctica Beech trees, which grow up to forty feet tall in this harsh environment at the southernmost end of the world.

“Anyone here from Canada?” Lorena asked as we came up alongside a pond.

Proudly, Magellan and I piped up a hearty ”yes.” (There were 135 people from 18 countries onboard but we were the only Canucks.)

“I’m sorry to tell you all that we have invaders from Canada that we want to get rid of,” she said.

Lorena explained that the red fox is the only native animal in this area. In 1946, thinking they’d make more money selling beaver furs, Argentina brought in Canada’s national animal. Because the immigrant beavers had no predators, they produced little adrenalin, the chemical required to create their shiny, thick coats of fur. They fattened to a mass of up to 90 kilos, yet their coats were drab and worthless. Worse still, their population grew wildly and spread into Chile. Now 100,000 of them are devastating forests and damming rivers. 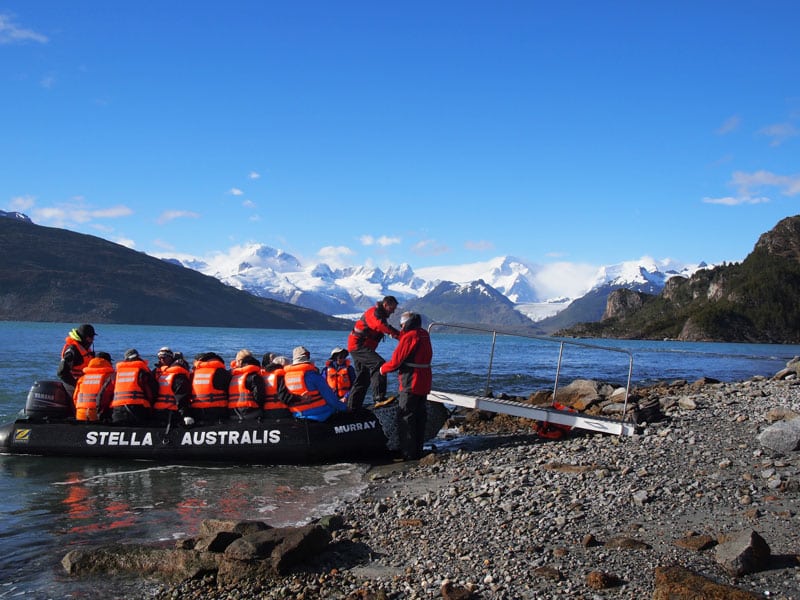 Easy exit to the rocky shoreline 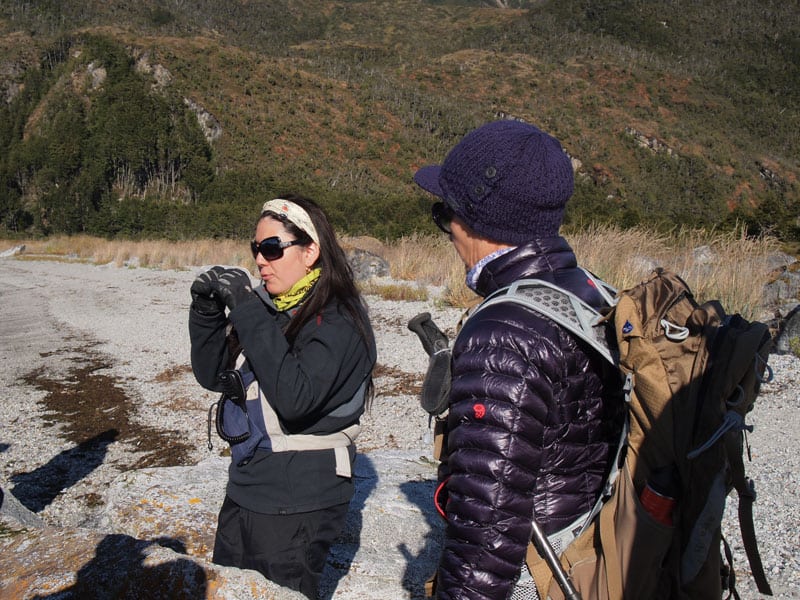 Lorena, our guide, was studying Poli Sci at Punta Arenas 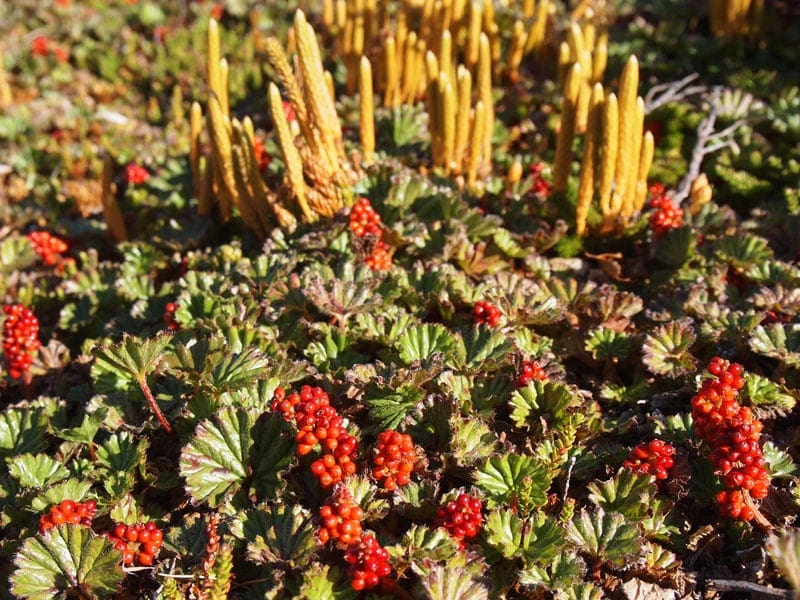 Devil's strawberries, which taste a little like the high-bush cranberries you find in Saskatchewan 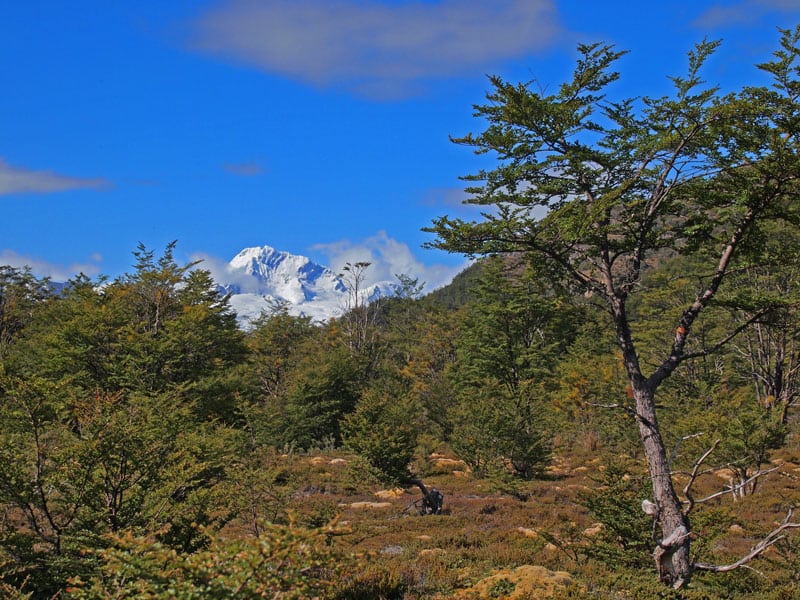 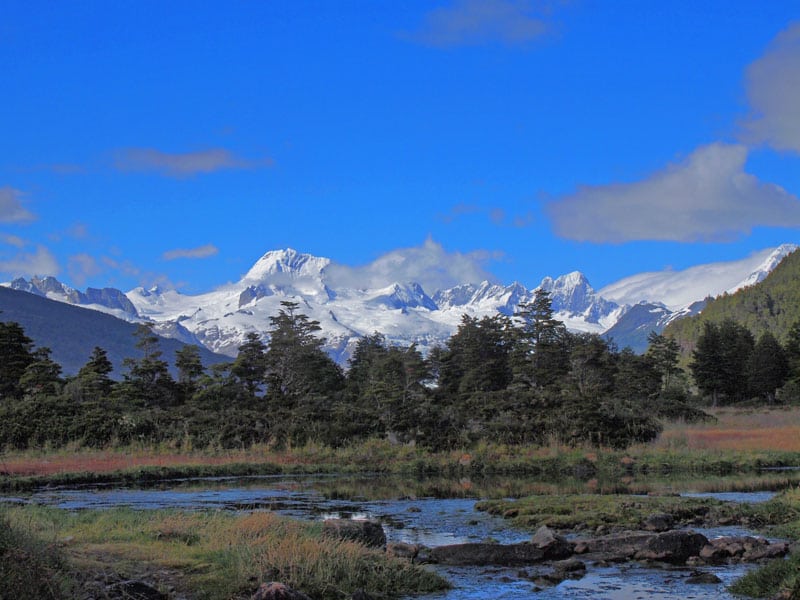 And this was only our first day! 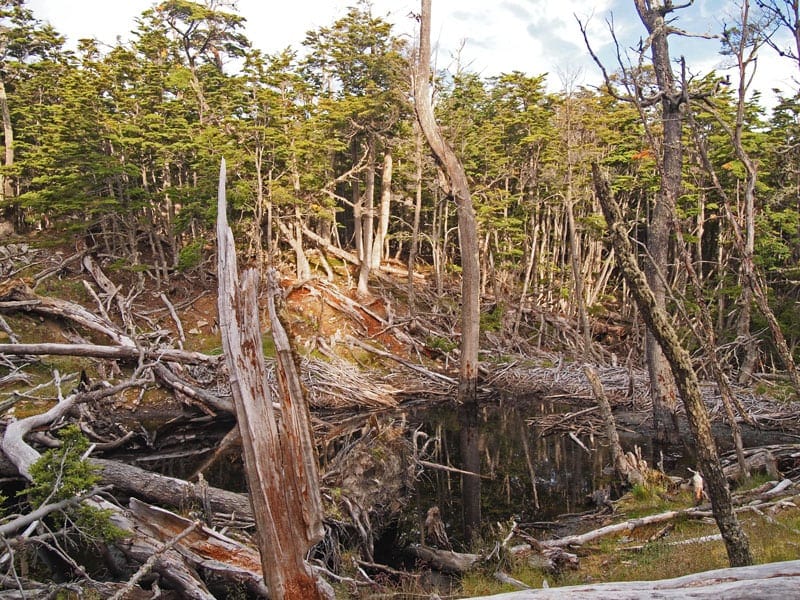 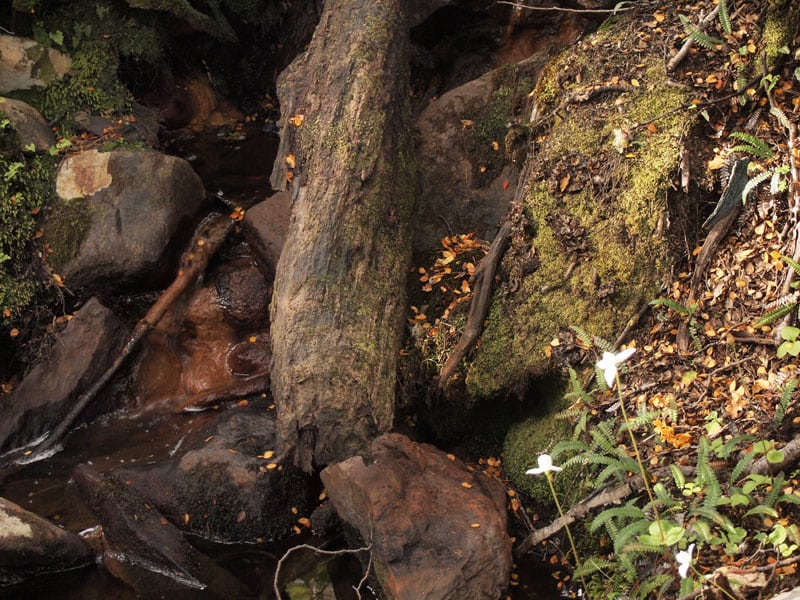 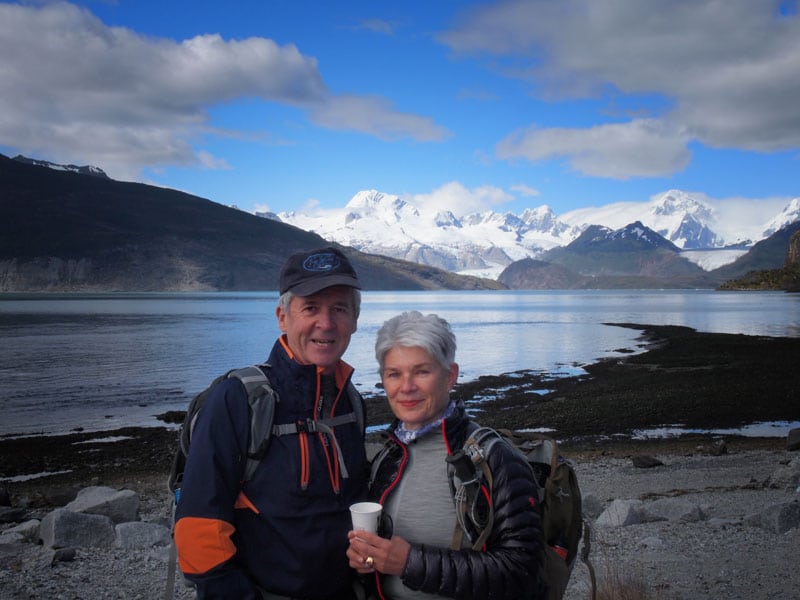 Even though we're from beaver country, we got hot chocolate like all the other guests before climbing back in the zodiac

To get rid of these rodents, Lorena told us that the two countries had offered the equivalent of the price of a bullet for every beaver tail. (“The 25-cent solution,” as my brother Norm would say.)

Fast forward to the present and the National Post’s headline: “Just in time for Trudeau’s visit, Argentina declares a pitiless war of extermination on the Canadian beaver.” Our sovereign animals will be trapped and then killed with blows to the head, an extermination process the Argentinian government estimates will take fifteen years.

Luckily, the length of the journey and dangerous waters of the Drake Passage have prevented these southern beavers from invading Antarctica. But if you’re in Patagonia, you may want to refrain from showing off our shiny Canadian nickel to the locals.

We trusted the advice of our friends Arlene and Mike when we booked a four-day cruise on the Stella Australis and agree with them that it’s a great way to see this end of the world. 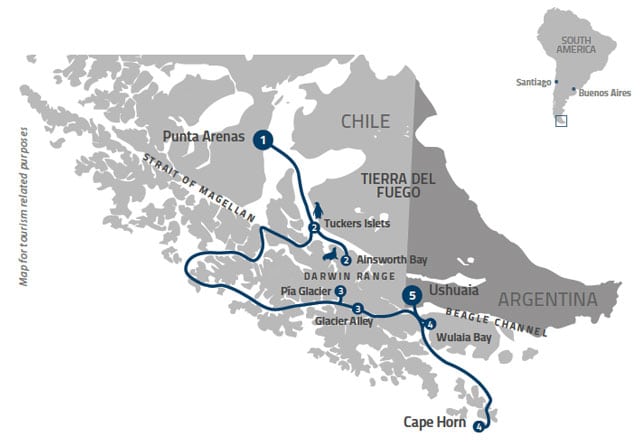 Who has Seen the Wind?
6 replies

As It Happens
Scroll to top