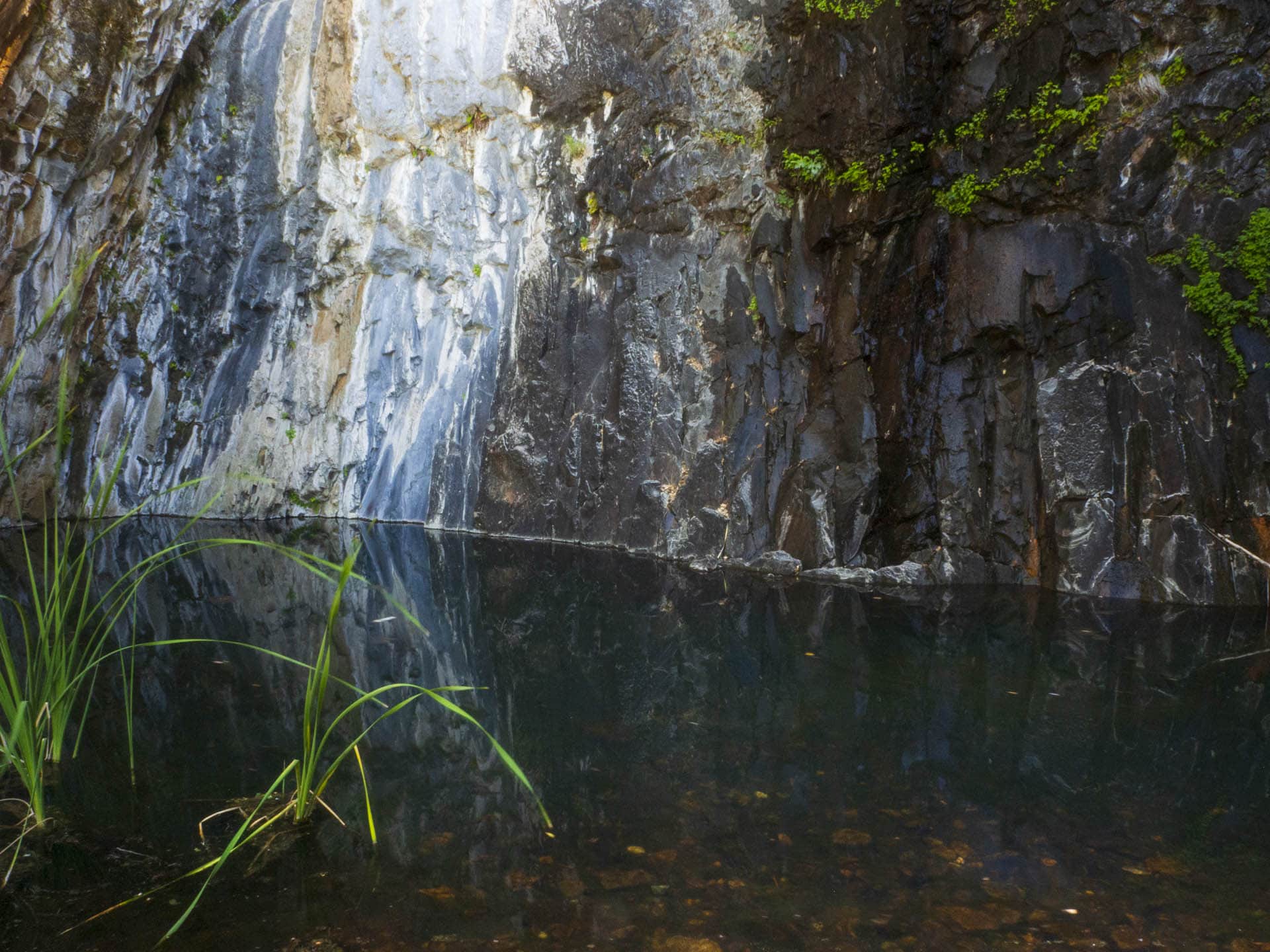 “Feel the gladness of the May”

The memory of May: what gladness I felt walking the country road to our one-room school, especially coming to the woodland marshes with their wild marigolds yellowing up beneath a sky of prairie blue. The same feeling we had last May, in Texas of all places, in Big Bend National Park at a place with a name that would be right at home in Saskatchewan—Cattail Falls.

You won’t find the Cattail Falls hike on a map.

National Geographic’s map calls it Oak Spring as does Falcon’s guidebook, whose bland description of the hike is belied by a photo of the 80-foot falls that sometimes cascade, oh so briefly, during spring runoff.

In the book commemorating the centenary of America’s national parks, Big Bend is one of the ten included, but Terry Tempest Williams is silent on the name of the canyon that cuts “deep into the geologic veins of the Chios Mountains,” where “saturated walls of water become hanging gardens of trumpet flowers.”

On our first day in Big Bend, one of the least visited parks in the US, we spent an hour consulting with a park ranger who listened to our hiking plans and then recommended an itinerary. He assigned us a specific campsite for each of our six nights, a requirement in this park. (A plane patrols the park every other day checking for unregistered license plates.) Then he looked me in the eye. “Now, there was one other hike you told me about,” he said imploringly. I fumbled with my notes. “I can’t tell you about it because technically it’s closed to the public. But if you ask, by law I have to respond…”

Warning: don’t read any further unless you promise that if you go, you won’t swim in the pool, attempt to climb the falls, pick any flowers or leave anything behind but respect. Okay? Then read on.

The park ranger verified, and corrected, our access directions. You do take the Ross Maxwell Scenic Drive towards Santa Elena Canyon, turning off just before the Sam Nail Ranch pullout. “But your directions from here are wrong,” he said. “There used to be a road that took you to a parking area. But that’s closed. Now you have to park here and cross the road,” he said pointing to his map. “That lengthens the trail by 2.6 miles, making it a round trip of 6.6 miles.” We thanked him profusely. Turns out he’d spent a month out our way during the 2010 Winter Olympics in Vancouver. “We had the time of our life so I’m happy to reciprocate and help out Canadians all I can down here,” he said.

At the old parking lot, desert grasses and cacti 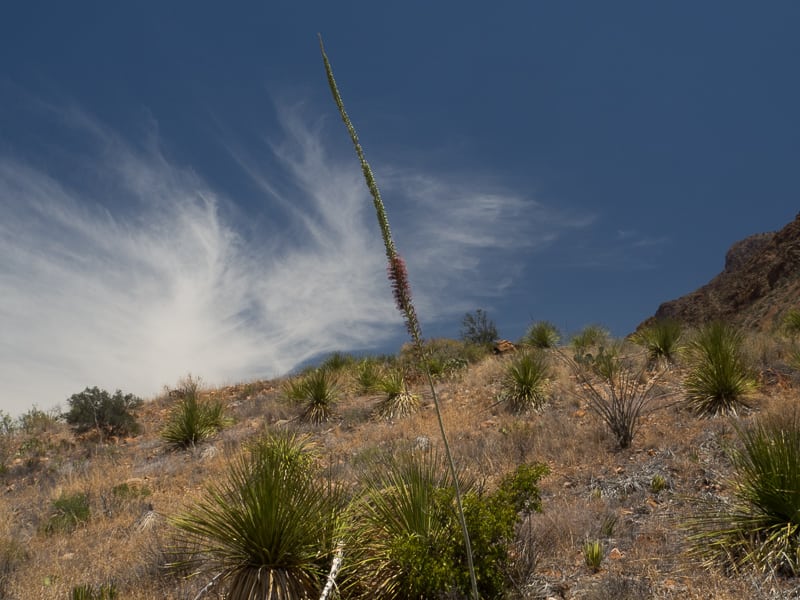 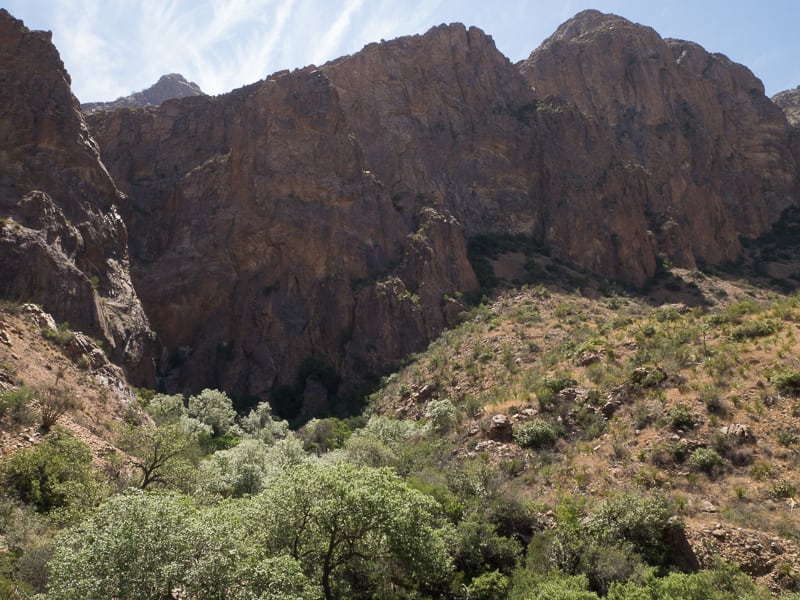 Descending into the narrow rock canyon formed by Oak Creek 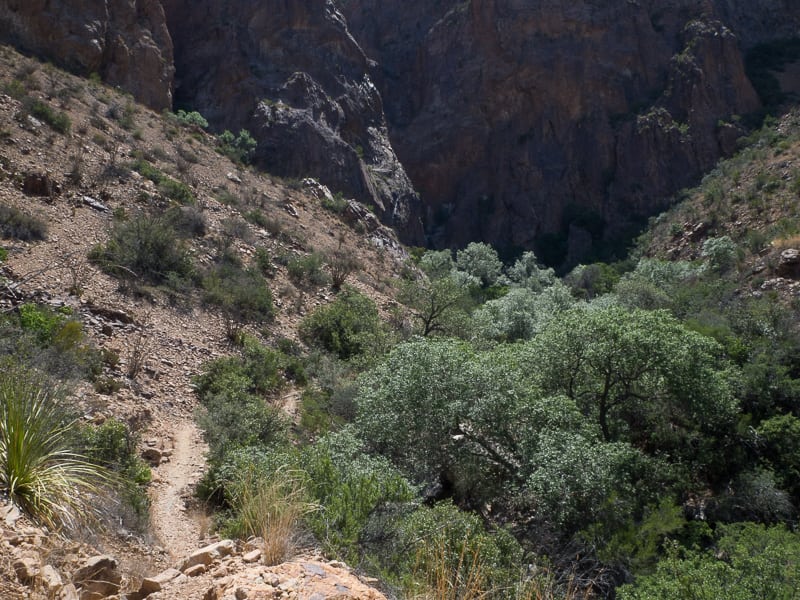 The logic of obscuring this lush micro-oasis is obvious once you arrive. Tucked into a rugged crag, Cattail Falls is resplendent with its seeping water and  rock-lined pool garlanded by maidenhair ferns and lemon-yellow Longspur columbines. Small and fragile, the space cannot accommodate more than a handful of people. Lucky for us, we were alone at Cattail Falls that morning, although we did encounter six other people who had gotten an earlier start and were on their way down the well-worn trail. 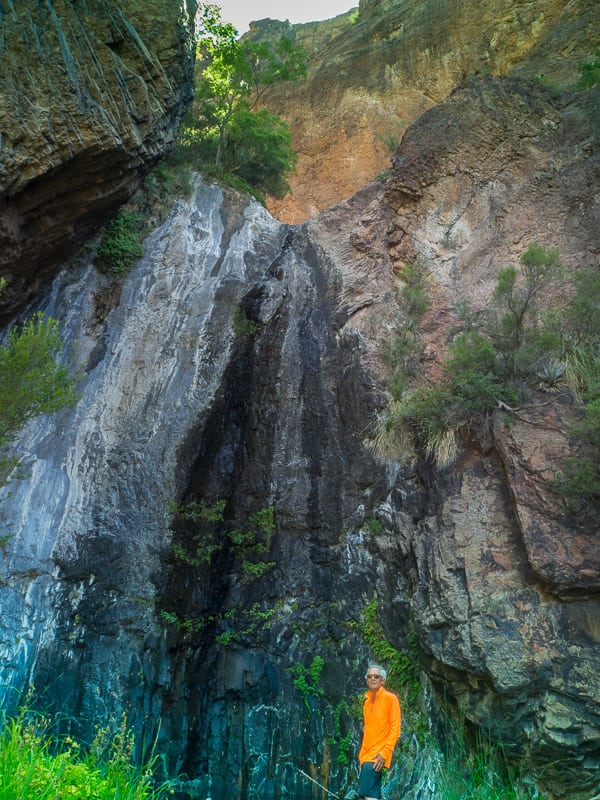 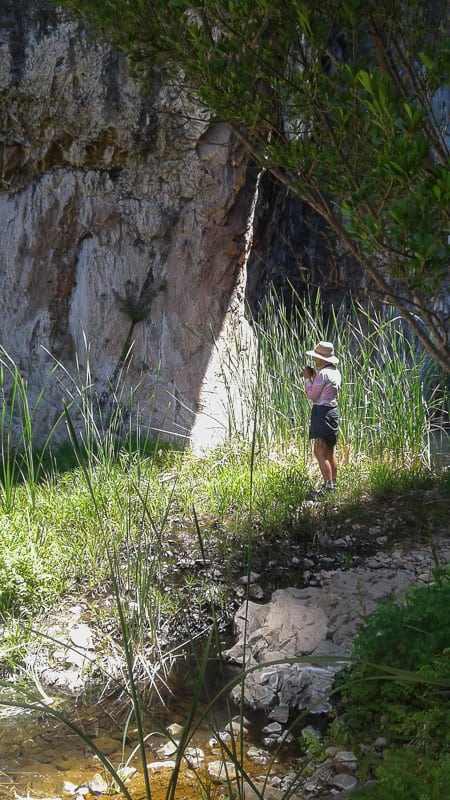 What dazzled us for almost an hour were the lustrous dragonflies sparking and alighting like water nymphs between reeds of grass in a dance of orange. Dragonflies have compound eyes covering their heads, enabling them to see the smallest movements. Why didn’t I turn the camera to record instead of flitting about trying to capture the elusive beauty of this winged ballet of iridescence? 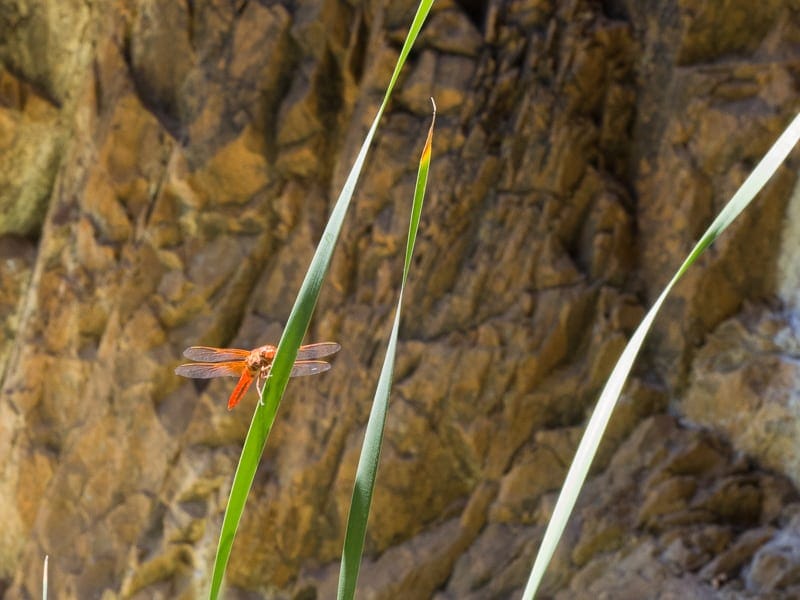 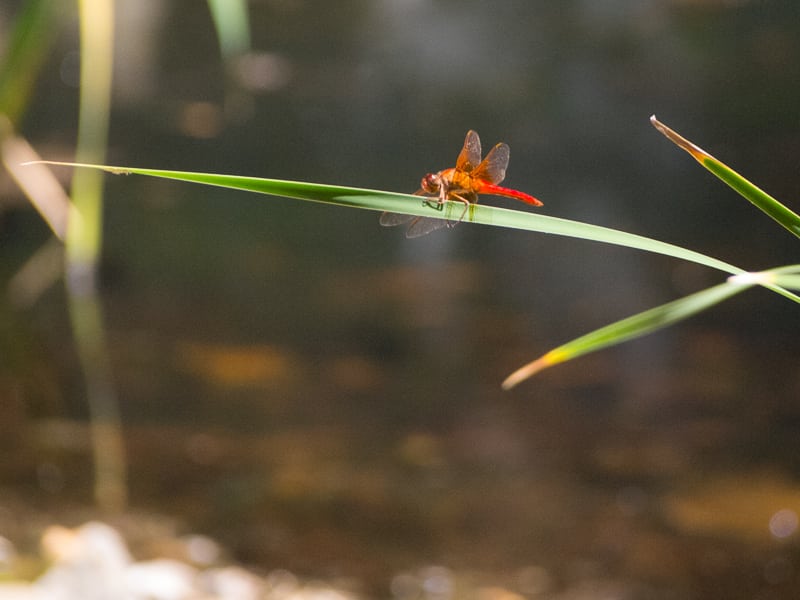 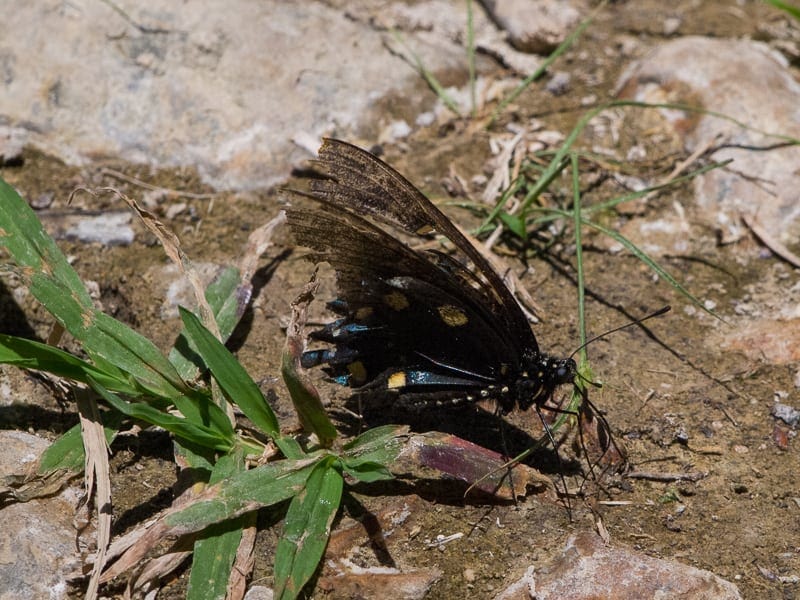 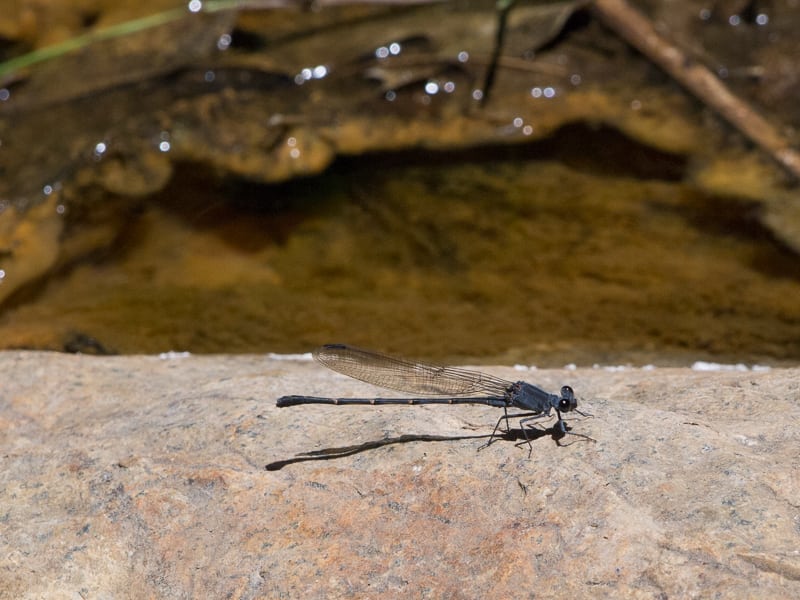 In Wordsworth’s poem “Intimations of Immortality from Recollections of Early Childhood,” I found the title and ending for this blog.

Though nothing can bring back the hour
Of splendour in the grass, of glory in the flower;
We will grieve not, rather find
Strength in what remains behind 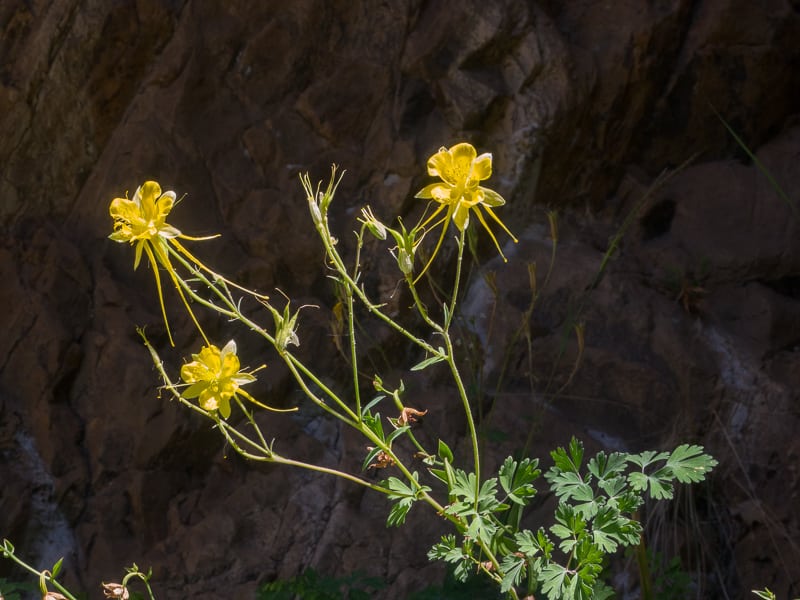 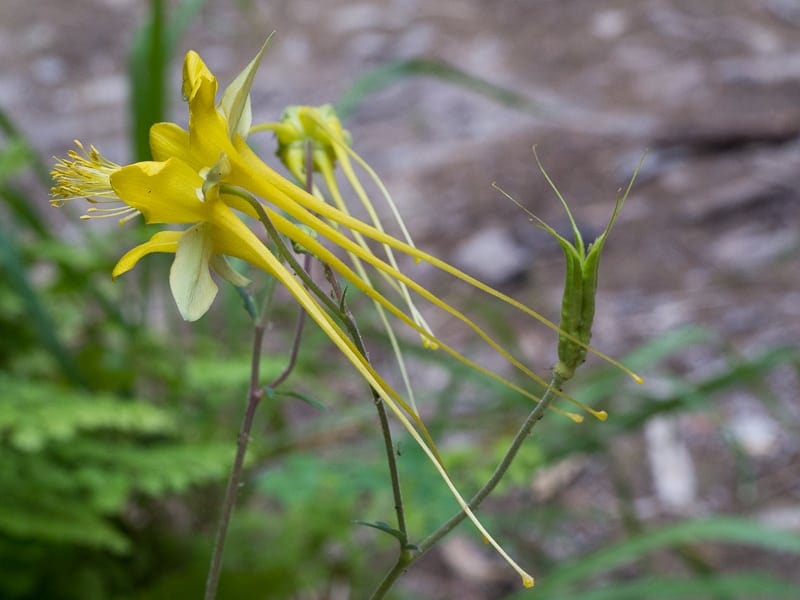 Longspur, such a good name for this Texan beauty

Our Favourite Tastes of Sicily

Letters to Those I Love, Save One
Scroll to top