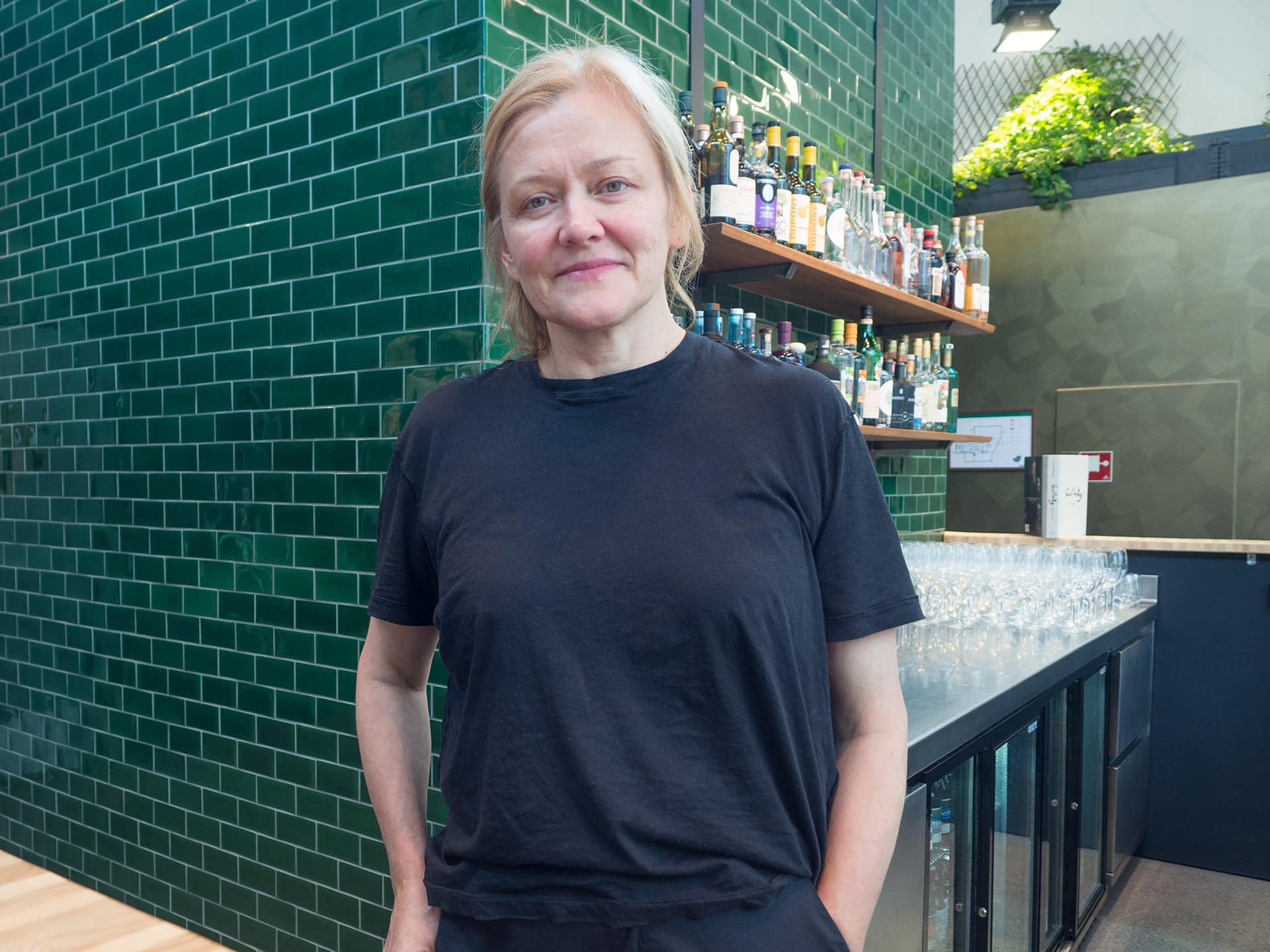 For our treasured memories, thank you Heidi

When people ask, “How was the food in Norway?” they often follow it up with “Did you eat at that famous restaurant in the Faroe Islands?” “Did you get a reservation at Noma?” “Did you go to Fäviken in Sweden?” Super foodies specify the chefs: Poul Ziska, René Redzepi and Magnus Nilsson, respectively.

Years before these men became world-famous chefs, a woman chef in Norway quietly pioneered New Nordic Cuisine—Heidi Bjerkan at Credo, the restaurant she opened in 1999.

I was smitten when I saw Credo’s home page.

Communing with the employees

The bountiful waters around Trondheim

Months before we’d be in Trondheim (August 29, Magellan’s birthday) I booked Credo online, only to be waitlisted. A few days before we boarded the plane for Norway, I sent Credo an email and was overjoyed to get this response: “We have a cancellation for August 29 at 7:30. Does that work for you?”

After nineteen years of success, Heidi closed Credo and reopened it in February 2018 in a former milk-tank factory, a repurposed, sustainably developed, two-storey glass-and-wood building in the middle of Lilleby, a still-under construction residential area, so new the signs for Credo are temporary. A woman who saw us walking up the rain-rutted road toward what we discovered was the back of the restaurant, came out of the kitchen, apologized for the path and led us alongside raised boxes overflowing with vegetables, herbs and edible flowers to the front door.

“I think that was Heidi,” Magellan said quietly.

A young man took our raincoats and motioned us to the small bar facing the entrance. I wondered if our table wasn’t ready. But this is part of the experience—you begin at the bar with a cocktail, a Nordic Negroni, a fine introduction to Credo.

We were ushered up to the mezzanine loft, a living-room atmosphere with loveseats, armchairs, coffee tables brooked by shelves adorned with cookbooks and jars of preserves. A hygge environment, “a mood of coziness and comfortable conviviality with feelings of wellness and contentment.”

Heidi's trophies in the mezzanine loft

The private dining room and kitchen on the loft level

The main kitchen—everyone gets a tour

“We’ll serve your first seven bites here,” another of the friendly, young staff said, “Then we’ll move downstairs to the dining room.”

And what was the first taste? Water. Water extracted from fermenting bread and freshened with mint, a unique and humble beginning to the twenty-four dishes that followed. Uncomplicated food (oysters, halibut, turbot, ice cream) with extraordinary taste. Her food has been best described as “elegantly holisitic.”

On the wall facing us in the loft were six individual photographs, framed portraits of cows, each one named. “They’re Norwegian Red Cows, an old breed from our farm,” one of the waitstaff said. “There used to be seven on the wall but Goldie, who was once employee of the year, is now in the freezer.”

Hall of fame for the six employees of the year

The cows get wall space but to Heidi, the real celebs are the farmers who biodynamically grow and produce ingredients for her culinary creations. To know the hard work that’s required and realize the importance of not wasting anything, her staff must spend some time working on these two organic farms. Throughout the evening you meet most of the staff as they, including Heidi, bring the food to your table, describing it as you would tell your mother about a dinner you cooked rather than the memorized blurb, reverential sermon or theatrical flamboyance at some Michelin-starred restaurants.

Heidi has vital connections to the land and sea around Trondheim, a city of fewer than 200,000 people, the former capital of Norway, now the country’s food capital. She grew up here on her grandfather’s boat. She’s passionate about preserving the region’s food culture, improving sustainable farm practices and making people more aware of where food comes from.

No wonder we were waitlisted—this February Heidi became the first Norwegian woman chef to win a Michelin star. The Norwegian newspaper Dagens Næringsliv, known for its critical and creative restaurant reviews, ranked Credo as the best restaurant in the country. Her collection of awards includes Chef’s Chef in Norway, induction into the 2019 Chef’s Hall of Fame, the distinguished Matprisen (Food Prize) and Ingridprisen for promoting better food and sustainable land-use practices. But for Heidi winning the inaugural Sustainable Restaurant of the Year award in The Michelin Nordic Countries Guide is more important—as well as some other ventures we’ll tell you about in a minute. 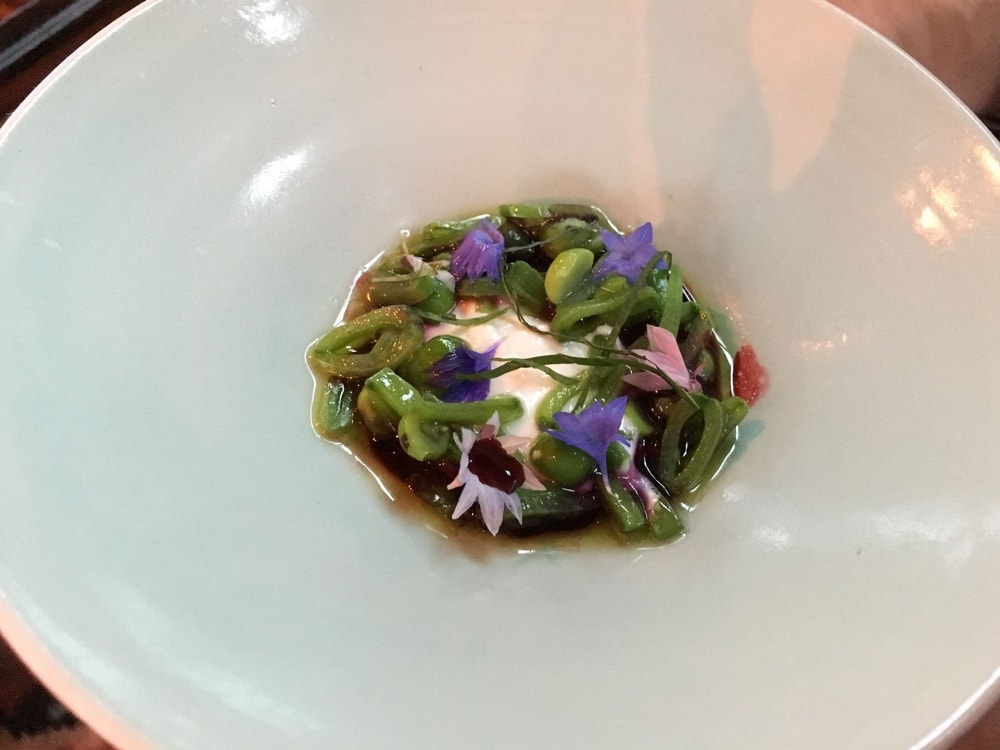 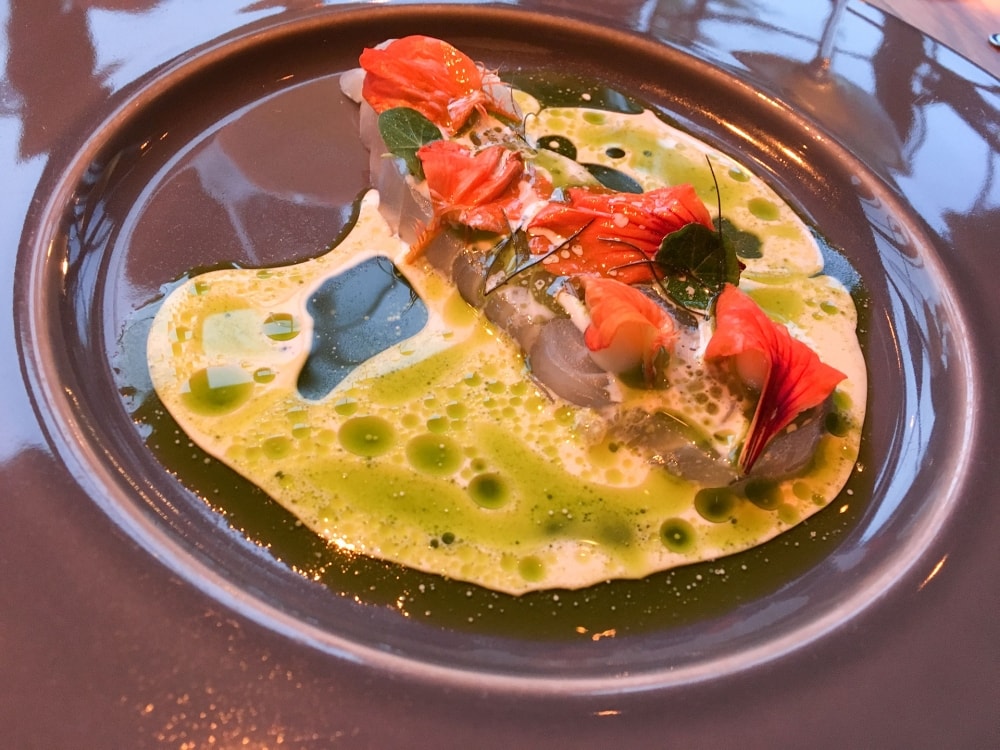 Wild salmon (rare in Norway as most is farmed)

Truly sustainable and like a dinner party at your home, Credo has no printed menu, although true to their promise, the kind staff emailed us one a few days later along with their recommendations for where to eat in Oslo. Based on quality local ingredients, the set menu changes daily, although signature dishes anchor the experience.

Like the Potetlompe. Writing the word makes my mouth water. Potetlompe is a potato pancake—but half of the tubers are aged and fermented, raising the complexity of the flavour to deliciousness, even for someone like me who owns the cookbook A Passion for Potatoes. Heidi herself explained the two kinds of sour cream that she brought to the table to accompany our Potetlompe. The one from the cow who spent some time high in the mountains tasted stronger, more herbaceous.

Another signature dish is sourdough bread made with ancient grains and served with churned butter and flakes of Norwegian truffled sea salt, so called because of the addition of a scarce seaweed that looks like truffles because of its tiny holes. It’s the ninth dish they serve, a good thing because I may have been too full to eat anything else if it arrived earlier. As we were camping, I asked if I could buy some to take away. At the end of the evening they presented us a two-kilo loaf!

Langoustine I’ve read, is one of Heidi’s favourite foods. Mine too.  It appeared twice on the menu, once on a slice of kohlrabi and later, my favourite dish of the night, in the shell alongside  “cherry and languositine bulljong,” an emulsion of an exacting choice of fruit that elevated the lobster-sweet taste of langoustine.

Apple cucumber—who’s heard of that? Or its green garnish, pineapple weed. “It grows in between the sidewalks here,” one of the waiters explained.

Credo’s kitchen is calm as a monastery. The décor modern but understated. The hygge feeling continues with an open, wood fireplace where dish #16, “Dairy cow from Skølberg Søndre,” was seared over juniper—another of our favourites.

Speaking of dairy, I almost forgot to tell you about bite #7 “Dairy cow tartar from Skølberg Søndre.” It’s based on a Norwegian Christmas cake, but Heidi subs the butter and sugar in the traditional recipe with smoked cow fat topped with sour cream and lightly cured arctic char.

One of the young servers encouraged me to sample the “Black Pudding and Lingonberry,” which he says Heidi insists on leaving on the menu because of its deep tradition in Norway. Magellan needed no such encouragement and my mother, who thoroughly enjoys liver, gizzard and other awful offal, would have loved it.

We were the last guests to get a tour of the kitchen. (Did they guess I’d have a lot of questions?)

I asked. Ryllik is yarrow.

It was nearing midnight when we left Credo, meandering “home” alongside the railroad tracks. Although the evening was wonderful, I felt we were missing something. So the next morning when Magellan suggested we walk back and take pictures of Credo, I was all for it.

Back view of Credo Lilleby, a still-under construction residential area

A metaphor for Credo: quietly enhancing the ecosystem of culinary perfection

Boldly, I tried Credo’s front door—it was open—and there was Heidi. She invited us in for coffee and answered our many questions with an unrushed warmth that made us feel she had nothing else to do that morning.

Magellan had taken photos the night before with his cell phoned even that felt wrong. “We don’t really do that in Norway,” Heidi said, noting the camera around my neck, “But take all the photos you want today.”

She explained that Credo’s space is part of a food triangle that includes Jossa and Finnes Kafé. “We wanted a place where our neighbours could stop in for lunch or coffee,” she explained. They’re also encouraging their neighbours to grow their own greens and compost their food waste in Credo’s containers, then collect the resulting soil for their own gardens.

This is a woman who isn’t content to sit in the harbour of fame. She downplayed her awards although admitted winning most sustainable restaurant felt good. I sense Heidi is always looking outward, charting the course of her next venture. She’s calm but like the deep fjords of Norway, underneath there’s an impressive, restless and dedicated energy.

Working with school-age kids on where food comes from and how it is grown is vitally important to her. She’d just returned from Oslo where she’s started Geitmyra, a non-profit culinary centre teaching sixth graders just that. She encouraged us to go to a food hall she manages in Oslo. Vippa, described as a “social accelerator,” has ten food vendors providing a multicultural diversity of tastes but most important, training and future jobs for refugees and immigrants, “so they can have a job and a life,” Heidi explained.

(Did we tell you that five years after she started Credo Heidi was made head chef for the royal family at the kitchens at the Royal Palace? Of course, she didn’t mention that.)

Here’s the thing about food compared to other artistic accomplishments like painting, sculpture or film. You taste it and it’s gone. All that thought, imagination, creativity, hard work, sourcing, farming, planting, watering, harvesting, butchering, cooking, churning, baking, plating, serving—hours, days, weeks and years of accumulated time gone, gone from your plate in seconds. A chef like Heidi must believe in the paradox of the everlasting and the ephemeral. Credo: it’s Latin for “I believe.”