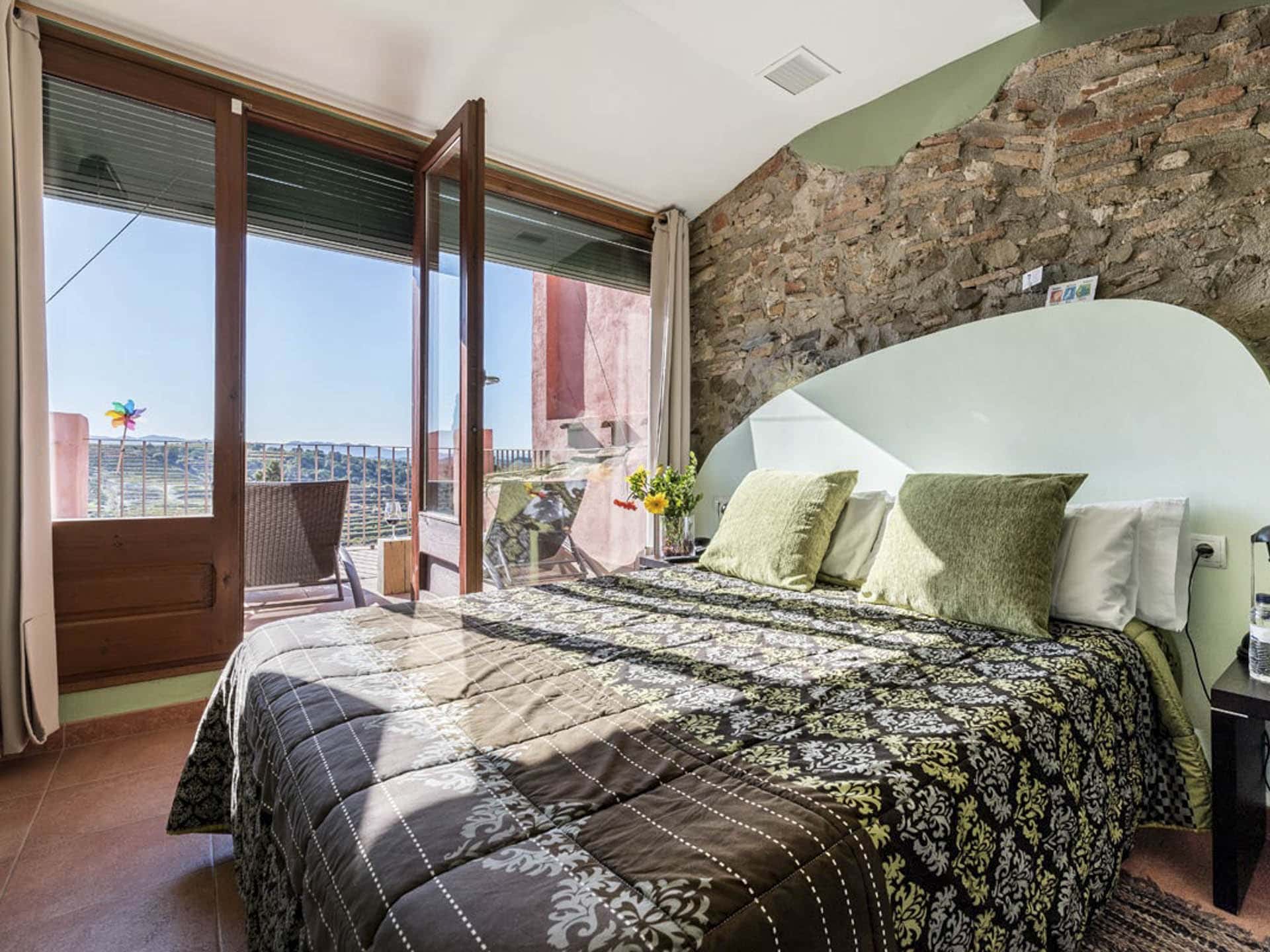 Number 10, the smallest room in Cal Llop hotel—our choice because it's the only one with a terrace

“How long have you been here?” Magellan asked a couple at the adjacent table at dinner during our second night at a small hotel in Spain.

“How did you get in?” Magellan asked.

“We’ve been coming here for years and we’re in the system. Cristina programs our arrival and I just touch my finger to the scanner.”

With the New Year, our thoughts turn toward the future—and to people who have a finger on how jubilados (us anyway) like to travel. Like Cristina and Waldo in the hilltop village of Gratallops (population: 250) in the Priorate region of Spain.

It was our daughter Lynn and her partner Ward who highly recommended we visit Priorat. For its ancient villages, quiet beauty, mountainous scenery and good wine.

The view hiking above the Cartoixa de Sta. Maria d'Eschaladei 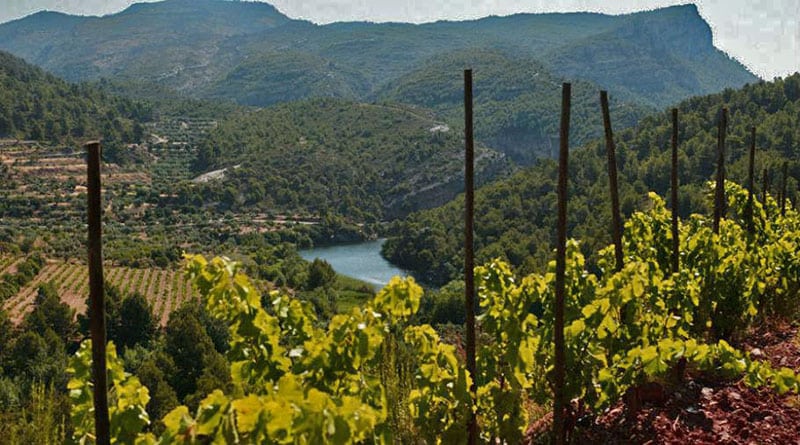 Priorat has become the most notable of Spain’s top three wine regions, the others being Rioja and Ribera del Duero. There’s a distinctive minerality in Priorat wines, a result of the terroir. Growing on steeply terraced mountainsides in poor soil, vines in this arid climate send their roots 25 metres down into the llicorella (slate) soil, searching for nutrients. The output is limited but the quality is superb. Priorat’s red wines, mostly from Garnacha and Cariñena grapes, are delicious and robust with concentrated aromas of licorice and brandied cherries.

Until recently, the area wasn’t known for its wine. As Ward told us, in the 1890s the phylloxera plague destroyed all the vines in Priorat. Vast emigration occurred and worsened during the industrialization of the Franco era. Residents could no longer live off the land. It took ninety years for a wine revival to occur.

And in that revival, Cristina and Waldo saw the future: oenotourism.

They bought a thirteenth-century home at one of the highest points in the village of Gratallops (which means “where the wolves come to scratch”), about a two-hour drive from Barcelona. This medieval casa with its ancient stone façade and spectacular views had been rebuilt at the end of the eighteenth century. And was rebuilt again by Cristina and Waldo, who in 2006, opened it as the boutique Cal Llop Hotel—the “wolf’s den.”

The two of them have the touch for good design. Original elements of stone, wood and iron commingle with contemporary lighting, colourful wall plaster and modern furnishings to create a ten-room hotel that’s chic and authentic.

Each room is unique. On the first floor, the comfy lounge/library with its cache of interesting books and magazines is brightened by a huge skylight drawing in the Catalan sunshine, which you can also enjoy unfiltered at wrought iron tables on the patio overlooking the Montsant mountains.

Ten unique rooms, a reading lounge, a great restaurant and an outdoor terrace 'across' the street
(Photo: TripAdvisor) 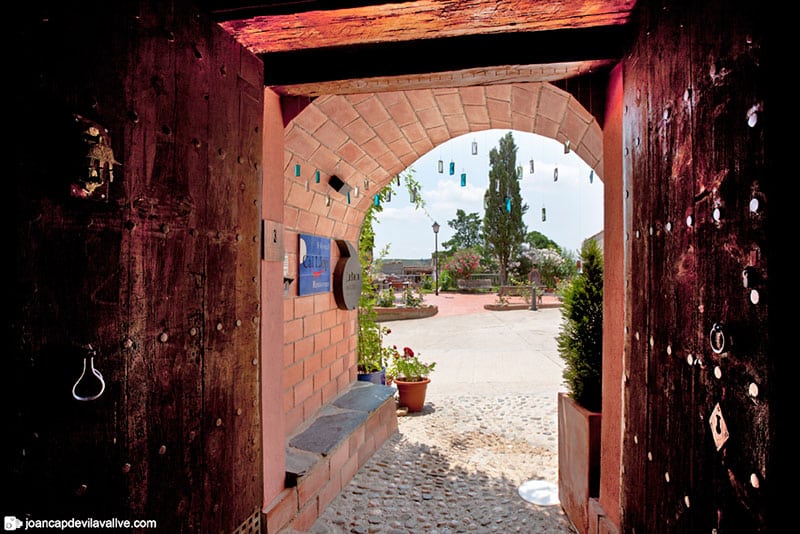 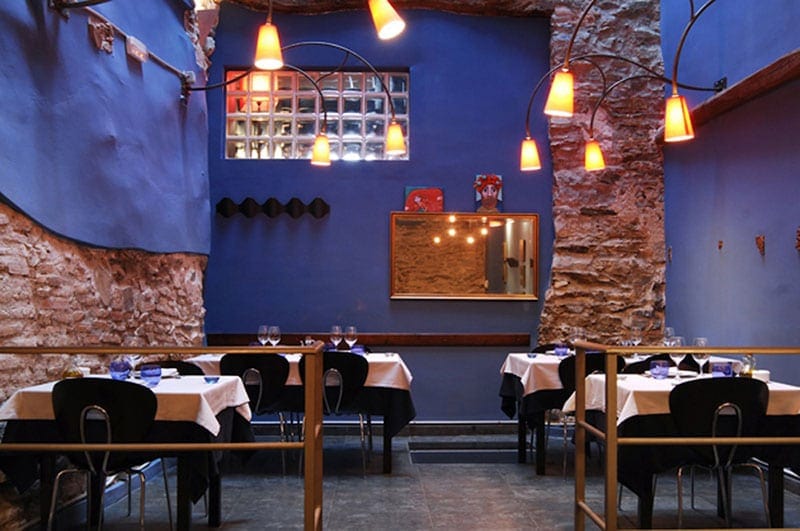 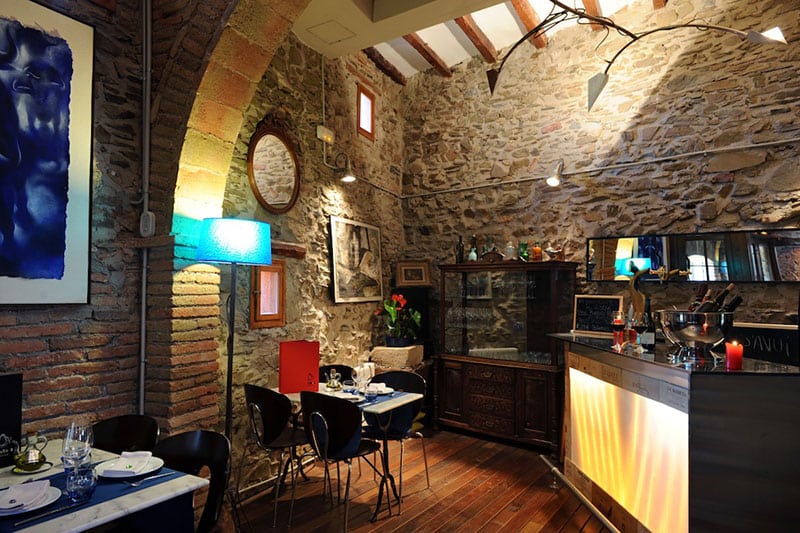 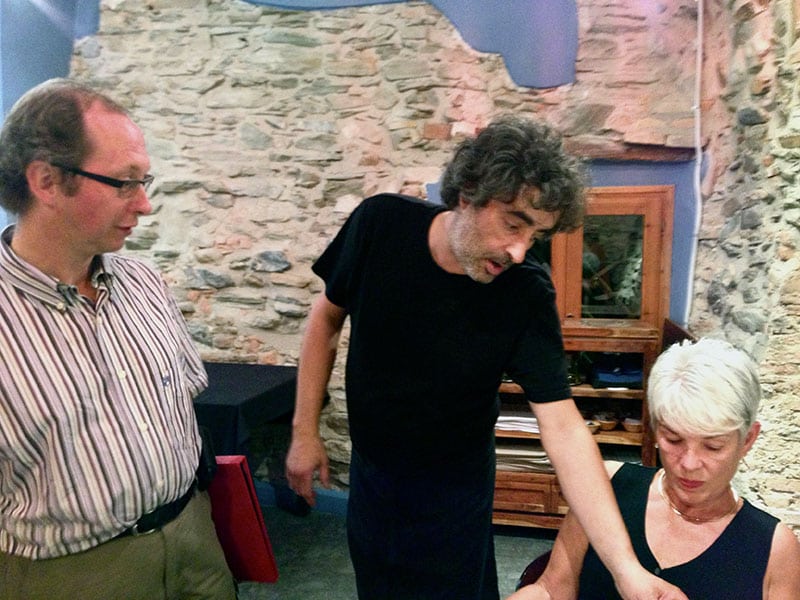 Recommendations from Marc and Pepe

Our favourite wine at Cal Llop: "The 2008 Gratallops (one of the 8 villages of Priorat) is made up of 70% Gamacha with the balance Carinena and Syrah. The nose proffers brooding black fruits, wood smoke, mineral. lavender, and spice box. On the palate it is full-bodied. savoury. and concentrated with a deft interplay of elegance and power."

Happy with the recommendations

See that Jamón ibérico Pata Negra back there? Trade you a bottle of wine (any) for a half kilo of that delicious pork

Pepe called it "the potato that wants to be a mushroom" 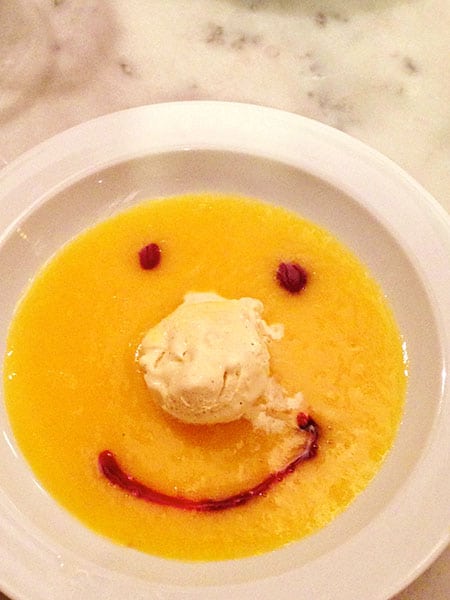 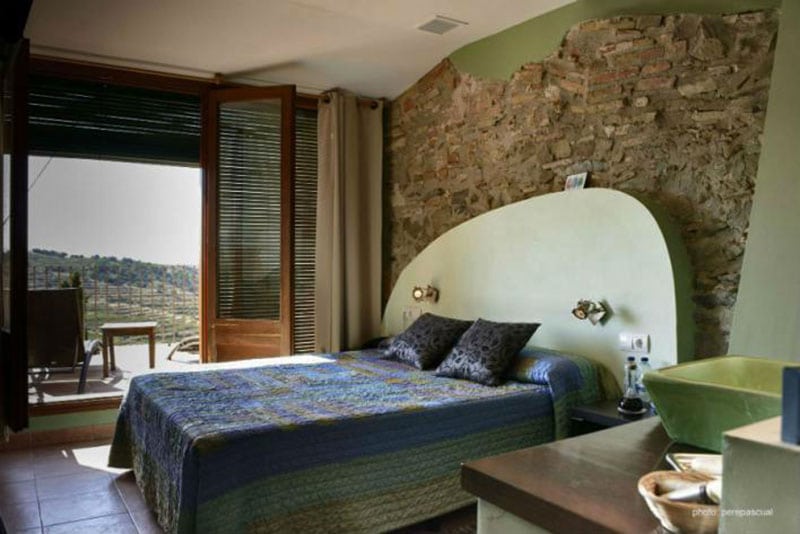 In dreams awake, to this day

The edge of of the village of Gratallops

Where horses were once stabled and a granary held four storeys of wheat is the Michelin-recognized restaurant, La Boca del Llop. At this totally unpretentious restaurant, Pepe, with much good humour, serves locally sourced food (like meatballs with almond sauce and grilled fruits and vegetables with romesco) cooked by his wife. Did I mention the pa amb tomàquet, available at both breakfast and dinner? It’s a traditional Catalan recipe that involves rubbing grilled bread with a clove of fresh garlic, squeezing the juice and seeds of half a tomato onto it and drizzling olive oil on top. We wolfed it down every day.

With a couple dozen wineries nearby, your biggest decision is “Which Priorat shall we drink tonight?” One day, Magellan and I noticed Cristina being filmed as the spokeswoman for a travel feature of the area. Ambassadors for Priorat, she and Waldo have organized Tast amb Llops, a local event held every year at the hotel featuring great wines from the cellars of Gratallops that aren’t readily available because of their exclusivity or price point. She has an encyclopedic knowledge of Priorat wines according to oenophiles Marc and Anne, a couple from Belgium who came to Cal Llop the first year it opened, returning every year—they’re the ones who are in the system and had Cristina program their preferred arrival time, day or night, even when no one was on-site.

Our reservation confirmation from Cristina read: “Please arrive before noon or after 6 pm.” It was later when we arrived (that’s another story). You can imagine our surprise when we checked in and she told us about the hotel’s fingerprint scanning technology. “We’ve had it since 2009,” she said. Magellan, the techie, was impressed—as he was when Marc told us that biometrics can be kept on file to make it easy for repeat guests to check in.

It’s the only time Magellan and I have encountered this technology at a hotel. From our research, fingerprint scanning has been used for decades at Four Seasons and Hyatt hotels—but for employees, not for guests.

I liked the feeling of trust and freedom this technology gave us. Returning mid-afternoon on a few occasions when there was no one else in the entire hotel, we felt like we were returning to a family home. It was like a wealthy Spanish cousin had lent us her place. We wish!

Magellan was most impressed with the biometric reader technology—all we had to do was lift a finger to the scanner beside the hotel’s front door anytime, day or night, and we were in.

No iron locks like centuries ago. No keycards like at most hotels today. In Gratallops, you get into the wolf’s den with a finger “scratch” at the door.

Cal Llop Hotel is a great place to stay in Priorat. When we told our neighbours Jim and Nancy (who had a business importing Spanish wines) we’d reserved four nights at Cal Llop, Jim said, “Nance and I stayed there! You’ll love Cristina. She’s a character and she sure knows her wine. You’ll like the place.” Right you were, Jim.

FitzRoy, We Loved Your Weather
Scroll to top